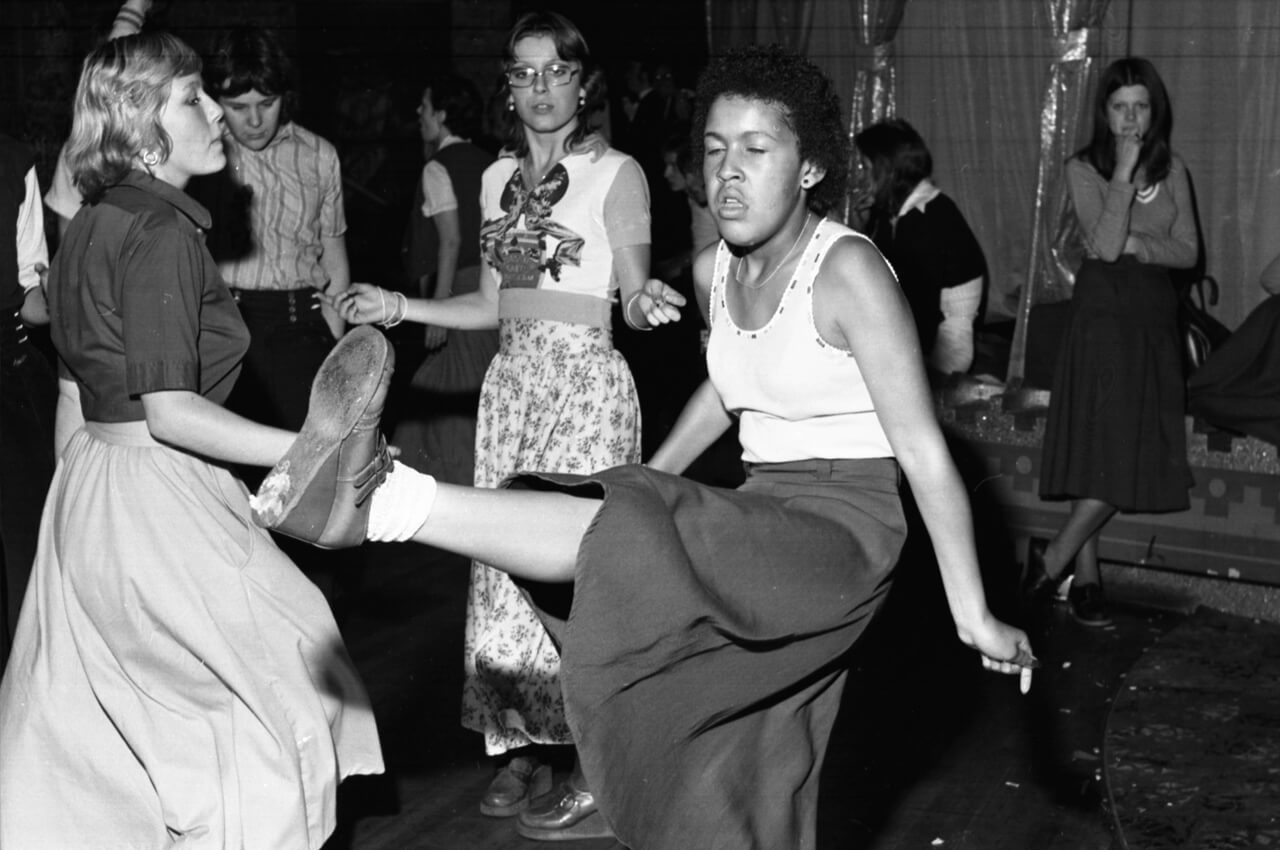 A nothern touch explosion of soulmusic.
A mix full of male hormones and female independence.

Last Night – The Mar-Keys
The Mar-Keys, formed in 1958, were an American studio session band for Stax Records, in Memphis, Tennessee, in the 1960s. As the first house band for the label, their backing music formed the foundation for the early 1960s Stax sound. The band for “Last Night” (1961) was Steve Cropper, Duck Dunn, Smoochy Smith. On Horns with varying combinations, Wayne Jackson, Floyd Newman, Don Nix, Gilbert Caple.

Wrap It Up – Sam & Dave
Perhaps no act epitomized soul music as the secularization of gospel more than Sam & Dave. The original pairing of Sam Moore and Dave Prater met in Florida in 1961, and they recorded unsuccessfully for several years before being signed to Atlantic Records in 1965. Atlantic persuaded their Memphis affiliate Stax Records to produce them, and in December that year the writing and production team of Isaac Hayes and David Porter delivered the crisply soul.

Snatching It Back – Clarence Carter
Singer Clarence Carter exemplified the gritty, earthy sound of Muscle Shoals R&B, fusing the devastating poignancy of the blues with a wicked, lascivious wit to create deeply soulful music rooted in the American South of the past and the present. The percolating “Snatching It Back” was Carter’s first Atlantic release of 1969.

It Ain’t What You Got – Jimmy Hughes
Hughes, a cousin of Percy Sledge, was born and raised in Leighton, Alabama, close to Muscle Shoals. He began singing in a gospel quartet, The Singing Clouds, while at high school. In 1962, he auditioned for record producer Rick Hall at his FAME Studios. Hall was impressed, and recorded Hughes on a song, „I’m Qualified“, that Hall had co-written with Quin Ivy. The record was leased to the Guyden label in Philadelphia, but was not a hit. Hughes returned to his day job at a rubber factory, and began singing secular R&B songs in local clubs. “It Ain’t What You Got” is from 1967.

The Duck – Jackie Lee
L.A. R&B legend Jackie Lee’s career was intrinsically connected to two other L.A. vocalists in particular, Bobby Byrd (aka Bobby Day) and Bobby Relf, but his biggest solo success was recorded without help from either one.During the early to mid-’60s, he recorded solo R&B tracks under a various names, including Jay Dee, Earl Cosby, Chip Nelson, and finally, as Jackie Lee. It was under this name that Nelson scored his biggest solo hit with the popular R&B dance number “The Duck”, waxed in 1965 for Mirwood Records.

I Need You – Shane Martin
Shane Martin (aka Neale Lundgren) was from New Orleans and naturally drawn to soul music’s “range of emotion”. Lundgren started out in the Crescent City garage scene as a singer.

He’s Too Old – Spencer Wiggins
Spencer Wiggins was a gifted and emotionally powerful vocalist who cut a handful of superb Southern soul singles during the mid-’60s but never scored the hits he genuinely deserved, though years later he would be lionized as one of the lost masters of the form by British and Japanese enthusiasts of deep soul.

Its In His Kiss – Betty Everett
Betty Everett sang gospel growing up in Greenwood. She began recording for Cobra in 1958, then joined Vee-Jay in the early ’60s and started to land hit records. Her original version of „You’re No Good,“ though sung with fire and verve, didn’t make much impact until it was turned into a number one pop hit by Linda Ronstadt in 1975. Her next single, “The Shoop Shoop Song (It’s in His Kiss)” was her first major release, peaking at number six pop in 1964.

Don’t Leave Me – Holland-Dozier
Songwriter, producer, and recording artist Lamont Dozier is most well-known as part of the legendary Motown production team of Holland-Dozier-Holland. A galvanizing force in the ’60s pop and R&B chart-dominance of the Detroit-based independent record label, the trio later formed Invictus and Hot Wax Records, and enjoyed gold-record-laced success with the likes of Chairmen of the Board, Freda Payne and the Honey Cone.

My Baby Specializes – William Bell, Judy Clay
A principal architect of the Stax/Volt sound, singer/composer William Bell remains best known for his classic “You Don’t Miss Your Water” one of the quintessential soul records to emerge from the Memphis scene. “My Baby Specializes” in Duett with Judy Clay was Smash Hit.

How Can I Get Next To You – George Jackson
Jackson started recording for Ike Turner’s Prann label in 1963 after introducing himself to Turner when the entertainer played a concert in Greenville. After traveling to Memphis, Jackson was turned down by Stax Records, but while there he met Louis Williams and they started a vocal group called the Ovations.

Since You’ve Been Gone – Garland Green
June 14, 1942, is the date the vibrant, soulful, pleading voice of Garland Green was first showcased as a newborn. Green was the tenth of 11 children. While in school studying piano and voice he performed at local clubs nightly. This beautiful track is to find on the compilation “The Spring Sides” from 1995.

Wedlock Is A Padlock – Laura Lee
Her music laid the groundwork for artists like Millie Jackson and Denise LaSalle to expand this proud, sexy, brash-talking corner of „women’s“ soul music. Lee had a country-soul, romantic side as well, as shown on her “Wedlock Is A Padlock” Lee is a fine, versatile, saucy singer whose early work deserves more attention.

Walk A Mile In My Shoes – Willie Hightower
If there’s one thing the music business has demonstrated in the last 50 years, it’s a quick willingness to suck the last drop of blood from the bodies of its best soul artists and then toss them scornfully aside. Still, though. To hear Hightower roar through Joe South’s “Walk a Mile in My Shoes” is to hear the sound of musical revelation.

Thirty Six – Twenty Two – Thirty Six – Herbie Goins & Nightimers
Herbie Goins born in Florida, his mother was a gospel singer who had a strong influence on him. He began singing at a young age at his local church, and in his mid-teens, he formed his first performing group, the Teen Kings, who soon began performing throughout Florida and other parts of the south, with a repertory that was mostly R&B. He moved to New York City and began extending his own experience of the music, in acts opening for B.B. King, Bobby Bland and Sam Cooke.

I Feel Like Dynamite – King Floyd
“I Feel Like Dynamite” from 1975 shows New Orleans soul singer King Floyd at it’s best. His musical career started as a singer at the Sho-Bar on Bourbon Street. Following a stint in the army, Floyd went to California, where he joined up with record producer Harold Battiste. His debut album, A Man In Love, featuring songs co-written with Dr. John, failed to make an impact on the charts.

King Hustler – The Moods
“King Hustler” is a great, hard-edged, Blaxploitation groover that is reminiscent of some of the heavier things the Temptations were laying down around the same time.

Satisfaction Guaranteed – The Spinners
The Spinners were the greatest soul group of the early ’70s, creating a body of work that defined the lush, seductive sound of Philly soul. Ironically, the band’s roots lay in Detroit. Originally, called the Domingoes, the quintet formed when the its members were high-school students in the Detroit suburb of Ferndale in 1957. At the time, the group featured Bobbie Smith, Pervis Jackson, George W. Dixon, Billy Henderson and Henry Fambrough.

My Love Is Getting Stronger – Cliff Nobles
Clifford James Nobles who is best known for his instrumental hit “The Horse”. This track is from 1966.

Temptation Is Calling My Name – Lee David
This superb number is to find on the amazing The Northern Soul Story: Blackpool Mecca.

Star Review – Arthur Conley
Arthur Conley sang and (with mentor Otis Redding) co-wrote the 1967 classic “Sweet Soul Music” arguably the finest record ever made about the genre it celebrates. The dynamite song “Star Review” is from 1969.

Redneck – Swamp Dogg
Jerry Williams Jr., generally credited under the pseudonym Swamp Dogg after 1970, is an American soul and R&B singer, musician, songwriter and record producer. The social critical song “Redneck” is to find on the killer album “Total Destruction To Your Mind” from 1970.

Flat Foot Flewzy – NRBQ
The song is “Flat Foot Flewzy” and the band is NRBQ and this was the lead single from their second album for Columbia Records, Boppin’ the Blues.

A nothern touch explosion of soulmusic. by Funkologie on Mixcloud