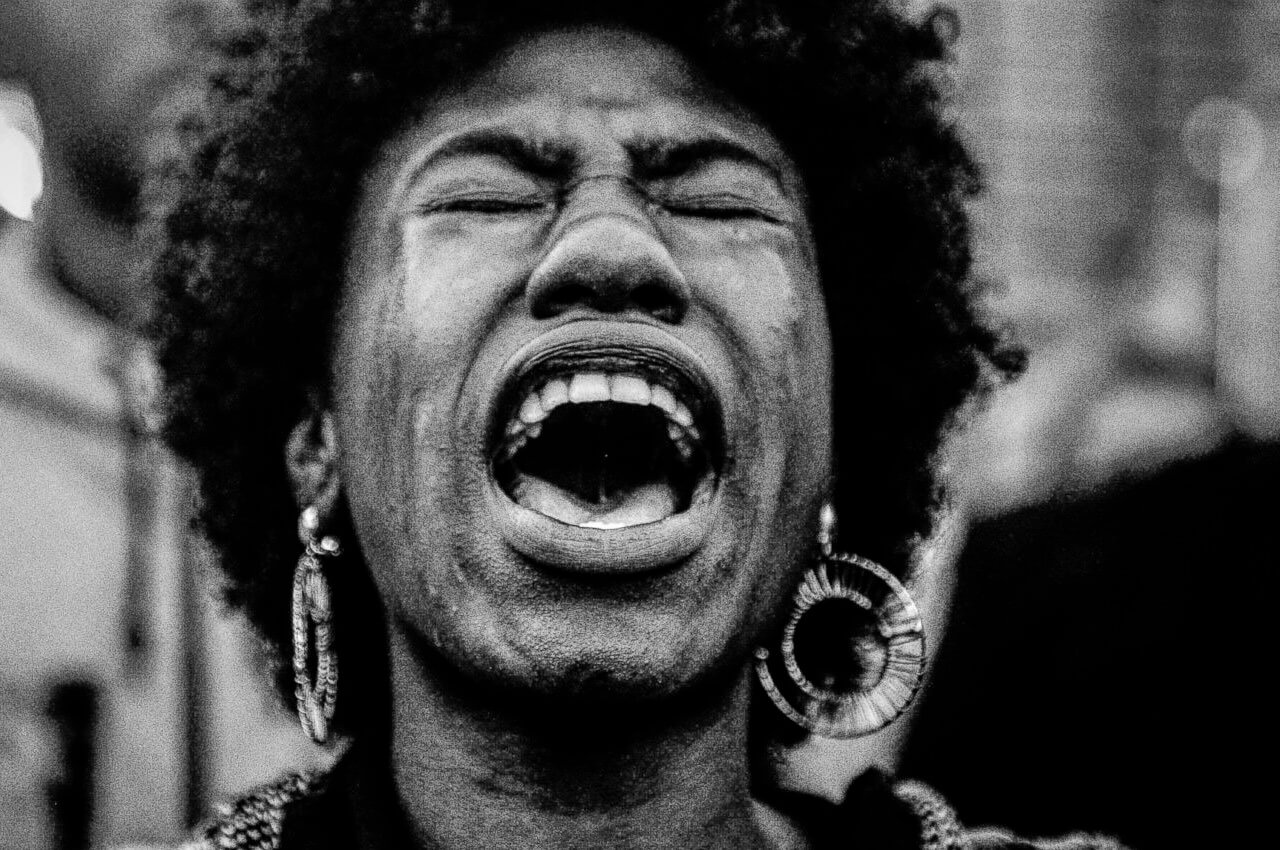 A tribute to all strong women of all colors. Of all ages of many loves. Woman of the cheeky type… The shy type, the lived type… Married, needy, single, happy, headed and unbalanced.

First we start with the great „Attica Blues“ of Archie Shepp, featuring Jo Armstead and Albertine Robertson on the fantastic vocal parts in response to the Attica rebellion and the manner in which black prisoners, who stood up for their rights were crushed. It was released in 1972.
As if their album „Beyond The Sun“ wasn’t quite enough new material this year, Orgone return with two more brand new jams on this 7″ for Colemine. „Strike“ is a firing, sweaty Union cover that’s focused on nothing but an unashamed party. A powerful contemporary funk from one of the most successful and prolific troupes in existence.

Most people know Freda Payne and most people know this track. Even more people know the track that sampled it, Strong Island by JVC Force (a classic in its own right). It’s a stormer, a bit Motown, a huge amount of funk, tremendous vocal. You got me hungry for your love but you you ain’t able. All you want to give me is the „Crumbs off the table“. What a cry of Laura Lee published on Hot Wax 1972.

Next we got another upsetter by Millie Jackson named „You created a Monster„. Jackson says in the song: „You created a monster from a shy country girl. Built her up to high-class quality, then she turned on me„. Another womans liberation speak published in 1977.

An other direction with The Allergies and The Soul Motivators. The collective are Roy Spencer aka Ninja Tune bedfellow DJ Moneyshot and drum-and-bass-turned-funky producer Rackabeat aka Adam Volson. Combining fun-funk with an appreciation of golden era hip hop, The Allergies create infectious tunes you can’t help but move to. Thanks the vocals of Honey Larochelle. Shahi Teruko from Soul Motivators rocks the mix with „Mindblastin„. The band are a 9-piece, 3 horn deep funk explosion from Toronto.

Don’t Boom Boom by Lilian Hale sounds still very modern today. A great production who’s on the great sampler „Creative Musicians“ by Florian Keller. Alice Russell began making a name for herself in the early 2000s, contributing to recordings by Bah Samba, Quantic, TM Juke, Kushti and Nostalgia 77. She shows all her talent with the help of Quantic Orchestra, the best Funk Orchestra of today. Roy Ayers brings it to the dancefloor with the amazing number „Running Away“ from 1977.

„Blues ain’t nothing but a good woman gone bad“ this is „Liberation Conversation“ by Marlena Shaw from 1969. A real killer until today.
Record Kicks proudly presents James Browns original funky diva Martha High with Japans funk ambassadors Osaka Monaurail. Marva Whitney was considered by many funk enthusiasts to be one of the „rawest“ and „brassiest“ music divas. Marva Whitney went on tour with Bobby Bland and Little Richard before joining the James Brown Revue as a featured vocalist.

„Souls Come Alive“ leaps from the speakers with Monique Boggia’s electric piano intro, the blistering horns kick like a donkey behind May Johnson’s simply exemplary singing – the songs‘ catchy appeal will be lost on no one with an ear for genuine organic 21st century soul music.
Ex-Ikette Vera Hamilton released for Epic 1972 the superb „But I ain’t no more (G.S.T.S.K.D.T.S.)„. Next we had to have Lady Wray with „Guilty„. A voice of black Angel with a lot of Talent for the future.

Esther Phillips was perhaps too versatile for her own good, at least commercially speaking; while she was adept at singing blues, early R&B, gritty soul, jazz, straight-up pop, disco, and even country, her record companies often lacked a clear idea of how to market her, which prevented her from reaching as wide an audience as she otherwise might have. An acquired taste for some, Phillips‘ voice had an idiosyncratic, nasal quality.
That made her so special. With „Justified“ from 1974, she wrote Soul History.

A diminutive singer with a powerful voice and an even stronger attitude, Ann Peebles was one of the artists who defined Willie Mitchell’s legendary Memphis soul label Hi Records, along with Al Green and, later, O.V. Wright. Easily the best female singer in the Hi stable, Peebles ranked among the finest deep Southern soul singers of the decade, notching an instant classic with her 1973 hit „I Can’t Stand the Rain„. „Somebody’s on your Case“ from 1972 is also outstanding like all her work.

Frequently compared to Aretha Franklin, singer Margie Joseph earned neither the fame nor the critical success lavished upon the Queen of Soul, but a series of excellent records for Atlantic during the 1970s nevertheless won her a spot in the pantheon of soul cult favorites. „How do you spell Love“ first written for Bobby Patterson is with Margie’s Voice even stronger.

1972’s „That’s understanding“ by Tami Lynn is remarkle for his Arrangement of Strings and Horns. A beauty of Soul Pop Production. Tami sang backup for the Rolling Stones (on Exile on Main St.), as well as Dr. John, Wilson Pickett and Sonny & Cher.

Edna Wright, Carolyn Willis and Shellie Clark comprised the vocal trio Honey Cone, which only stayed together for four years but was still one of the best female soul groups of the early ’70s. Although Honey Cone (which lead singer Wright formed in 1969) was based in Los Angeles, their recordings were Northern-style soul — specifically, Detroit soul. „Are you man enough, Are you strong enough“ is from the Album „Sweet Replies“ from 1971 for Hot Wax.

A tribute to all strong women of all colors. Of all ages of many loves. Woman of the cheeky type… The shy type, the lived type… Married, needy, single, happy, headed and unbalanced. by Funkologie on Mixcloud