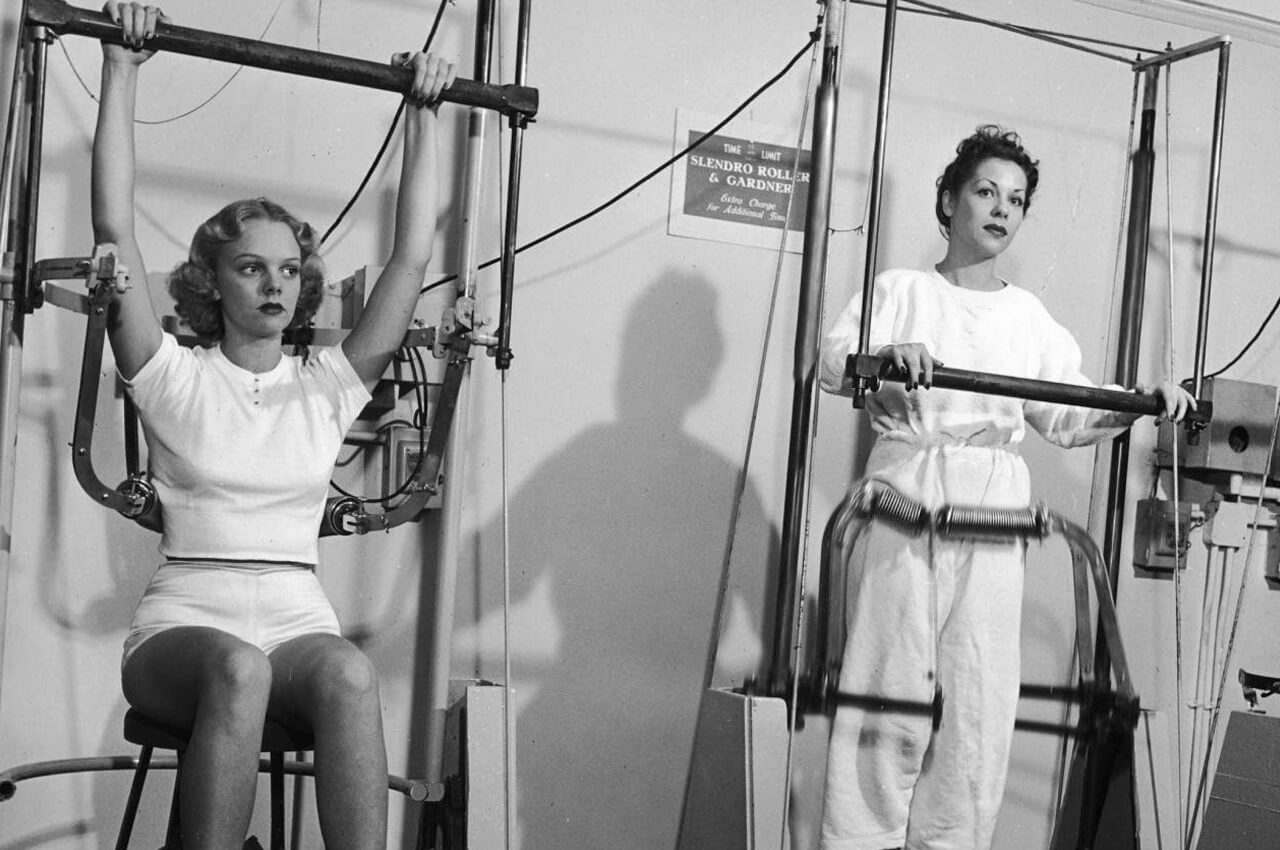 An ultimate selection of funky jewels

Peacock Strut – Lefties Soul Connection
Lefties Soul Connection are a Dutch funk band from Amsterdam.
The band was formed by guitarist Onno Smit and organist Alviz in August 2001, with Cody Vogel joining on drums by the end of the year. Bram Bosman joined as full-time bassist early in 2002, as the group solidified a mostly instrumental sound influenced by The Meters and Booker T & the MGs. “Peacock Strut” is from 2005.

Point of No Return – The Funkees
The Funkees were an afro-rock group formed in Nigeria in the late 1960s. They moved to London in 1973 and quickly gained prominence in the West African and West Indian music scene, before fragmenting four years later. They specialized in a brand of funky, upbeat, highly danceable afro-rock that often featured lyrics sung in Igbo, as well as English.

G.R.F – Charles Hilton Brown
Charles Hilton Brown’s “Owed To Myself” is an amazing gem from 1974. He disappeared, like a star we have admired, but as too quickly as it has crossed the sky. Charles never released another album again. But thank God he released this one!

Ghetto Song – Jon Lucien
Dubbed „the man with the golden throat“ by Herbie Hancock, Jon Lucien was the premier crooner of the fusion era — blessed with a deep, velvety voice ideally matched to romantic ballads, his sophisticated amalgam of soul, light jazz, and Caribbean rhythms never enjoyed commercial success commensurate with the esteem afforded him by critics and peers alike.
“Minds’Eye” is a delicious album from 1974.

Dopping 2000 – Gabriele Ducros
Flautist and known for several film compositions. He created the Title of this mix.

Stop The War – Oro
Raw italian cosmic funk production from Naples, released in 1977 only as a 7 inch with short faded cuts. We tracked down the original tapes from the former label owner for a limited 12″ remastered reissue containing the full cut versions of “Sexy Lady” and “Stop The War”.

On The Avenue – Ronnie Foster
Ronnie Foster, soul-jazz organist, and record producer. His albums recorded for Blue Note Records in the 1970s have gained a cult following after the emergence of acid-jazz.

Funk Don’t Mean a Scent – Midnight Movers, Jimmy Norman
Jimmy Norman started his career singing in clubs, wrote lyrics to ‚Time Is On My Side‘ for Irma Thomas and worked with Jimi Hendrix, Johnny Nash and Bob Marley who recorded over 40 of his songs. In 1969 joined The Coasters as a producer and vocalist, touring with them until 1998. As well as other stage and studio work he also teamed with Eddie Palmieri as lead vocalist with Harlem River Drive.

Free Your Mind – The Politicians
In-house Detroit band for the recordings of the Hot Wax and Invictus labels, the same role that The Funk Brothers had at Motown. Led by trombone player McKinley Jackson, that had just arrived from Funkadelic camp. The group were known for playing the club circuit in the Detroit area, and backed up many touring bands that came through the city.

Leave My Beat Alone – The Raw Soul
Backing musicians of Lenis Guess. Based in Norfolk, Virginia. Active in the early 70’s.

Nobody but You Babe – Miami
Soul/funk/disco band from Miami, Florida. Formed by producer/songwriter Willie Clarke in 1974. The band released a few albums but mainly served as the in-house band for T.K. Records. With the demise of that record label in the early 1980’s, Miami was disbanded.

Dukey Stick – George Duke
With a hot funk band and a big hit, “Reach for It” behind him, George Duke appears mostly in his persona as R&B star on this ebullient package of sometimes Latin-inflected ’70s funk. The centerpiece is a self-parodic bit of shuck and jive called “Dukey Stick”, which became a number four hit single on the R&B charts (at his gigs, Duke used to flaunt a gaudy, lit-up, perhaps phallic wand, the „Dukey stick,“ during this number).

Why Don’t You Play The Organ, Man – Memphis Black
Behind the band was Ingfried Hoffmann, German jazz and soul organist, born 30 January 1935 in Stettin, Pommern. First recorded together with Attila Zoller, Rudi Sehring and Johnny Fischer in 1956. Member of the Klaus Doldinger Quartet in the early 1960s and the Rolf Kühn Sextet in the late 60s. His first release under his own name was „Hammond Tales“ in 1963.
According to Wikipedia, he quit playing jazz and went into composing for film and theatre in the early 70s.

Phrygian Phunk – Flyjack
Flyjack got its start in 2007 playing a weekly residency at TC’s Lounge on Austin’s deep eastside – a dilapidated but much-loved holdover from Austin’s “chitlin’ circuit” days. In 2008, the band initiated a funk/soul series called “Superfly Soul Party” – featuring other like-minded groups, performing at the Victory Grill and other establishments in and around Austin. In April 2008, Flyjack moved their residency to Antone’s – Austin’s Home of the Blues – initiating the successful “SuperSoul Mondays.”

It’s Your Thing – Cold Grits
Very little is known for certain about this group — which may actually have been two groups, or possibly two incarnations of the same group. What is certain is that a Baton Rouge-spawned outfit called Cold Grits had several brushes with greatness across a history of about three (or perhaps four) years. The Cold Grits go back at least to 1968 as a backing back for John Fred. “It’s Your Thing” is from 1969.

Big John Is My Name – The Undisputed Truth
The beauty “Down To Earth” was released in 1974. Founded by producer Norman Whitfield. Joe Harris, Billie Calvin, Brenda Evans were the original members. Billie Calvin and Brenda Evans left in 1973 and were replaced by Virginia McDonald („Vee“), Tyrone Barkley („Lil Ty“), Tyrone Douglas („Big Ty“) and Calvin „Doc“ Stephenson. The group left Motown and followed Norman Whitfield to Whitfield Records in 1975.

The Dryer – Pt. II – Roy Lee Johnson & The Villagers
An unsung monster from the waning hours of the Stax empire, Roy Lee Johnson and the Villagers‘ eponymous LP is as funky as anything the label ever released. While its sound is unmistakably Stax — its elegant yet earthy sensibility couldn’t come from anywhere else — the music expands on the formula via tight, hypnotic grooves and scorching guitar licks.

Gator Jerky – The King Rooster
King Rooster from London pop up with an absolute belter of a 45. The excitement this band generate is off the hook! Keyboardist Sam Montero in particular, nearly steals the show with a combination of impassioned organ and moog noodlings propelled by a stonking rhytym section of Mark Claydon,drums and Ian Stevens on bass.

Manic Depression – Alphonse Mouzon
Several different drummers helped put jazz fusion on the map in the ’70s. The one who seems to get most of the credit is Billy Cobham, but Alphonse Mouzon contributed quite a bit to the cause as well. Mouzon got serious with his drumming in high school, where he studied with both a saxophonist and a drummer. Relocating to New York City in the late ’60s to attend college, Mouzon had a hard time deciding between a career in music, drama, or medicine. Music wound up getting the nod by the dawn of the ’70s, when Mouzon served as a session drummer on recordings by Tim Hardin (Bird on a Wire), Gil Evans (Gil Evans), Weather Report (Weather Report), Norman Connors (Dance of Magic) or John Klemmer (Magic and Movement).

An ultimate selection of funky jewels. by Funkologie on Mixcloud