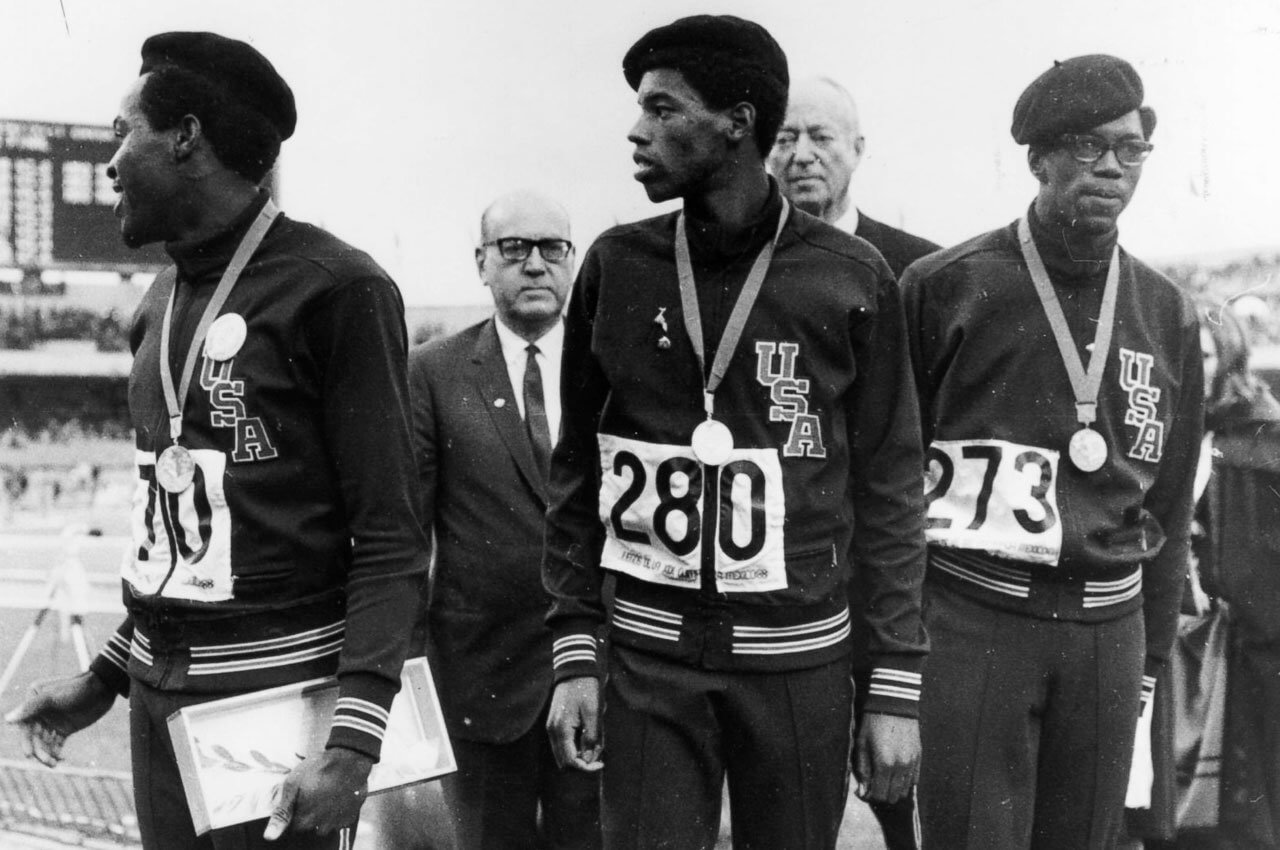 This is the last mix of the Black Trilogie.
While the first two mixes where about suffering with drugs, dealing in the ghetto and about emancipation of woman in the second. This mix is about liberation, proud and resitence through soul and funk music.

Curtis Mayfield had left The Impressions in 1970 to pursue what would become a hugely successful solo career; by the time The Impressions recorded „Preacher Man„, the line-up had decreased to just two members. Curtis‘ original replacement Leroy Hutson was off on his own thing, leaving Sam Gooden and Fred Cash to pick up the pieces of a once mighty R&B outfit. With „Preacher Man„, the duo nevertheless recorded one of the group’s most arresting longplayers. Produced by Mayfield and brimming with that smooth funk he had put to good use on his solo efforts, „Preacher Man“ was also the most overtly socially conscientious outing released by The Impressions since Curtis‘ departure.

„You got to move“ is fantastic cover of the gospel/blues standard by Fred McDowell first appeared in 2011 on the Mojo Magazine curated Sticky Soul Fingers, an R&B tribute to the Rolling Stones’ Sticky Fingers album. Naomi Shelton is a music treasure that too few people know about. Her deeply soulful voice captures the essence of the song, and the funky retro accompaniment is tight and groovin’. Daptone Records usually delivers the goods, and this is no exception.

The Stovalls not only provided back-up vocals for Norman Greenbaum’s hit, they also recorded their own version.
The lyrics of „Southern Man“ are vivid, describing the racism towards blacks in the American South. In the song, Neil Young tells the story of a white man (symbolically the entire white South) and how he mistreated his slaves. Young pleadingly asks when the South will make amends for the fortunes built through slavery when he sings:

Sylvester and the Hot Band included a funk version of the song on their self-titled 1973 album.

Eric Mercury began writing material for other artists such as Roberta Flack and Donny Hathaway for whom he also produced. He took part in the stage production of Jesus Christ Superstar. His debut solo album „Electric Black Man“ was recorded in 1969.

Cymande (See-man-day) were a British funk group that released several albums in the early 1970s. The group were formed by Steve Scipio and Patrick Patterson in 1971 in London, England, along with musicians from Guyana, Jamaica and Saint Vincent. The name Cymande is derived from a calypso word for dove, symbolising peace and love. The track „Brothers On the Slide“ was featured in the background of the movie, Dallas 362.

Raw Soul Express „Best keepSecret“ definitely lives up to its title – as it’s been a well-kept secret for decades, since most of us have only heard the self-titled album by Raw Soul Express from the 70s! Turns out, these southern funk giants also had a whole other record in the can – finally getting a long-overdue release in 2017, and every bit as great as their debut classic.

Just as it had done for many years by then, the sound of Motown was reverberating around America and the world in the last weeks of the 1960s. Billboard’s Best Selling Soul Singles chart of 8 November 1969 once again showed the company with a stranglehold on the R&B market, with the entire top three and several hot new singles, including a great arrival by Gladys Knight and the Pips. Gladys and her Pips, for their part, were coming off as they debuted at a bold No. 24 with the stirring, psychedelic funk-soul-gospel winner „Friendship Train„.

„Am I Black Enough for You?“ is a 1972 soul song written by Kenny Gamble and Leon Huff and recorded by Billy Paul for his album „360 Degrees of Billy Paul“ on Philadelphia International Records. Released as a single in April 1973 it failed to replicate the chart success of Paul’s previous number-one smash „Me and Mrs. Jones„. This up-tempo funk song with a political message was a considerable departure for audiences expecting the smooth balladry of Paul’s previous single, although that track dealt with the social issue of adultery.

„Ball of Confusion“ was one of the many psychedelic soul records that Norman Whitfield wrote and produced for the Temptations between the late ’60 and early ’70s. The song tries to make sense of the chaos and disorder pervading the times. Lyrically, the song attacked the Vietnam War, Nixon’s government, and drug addiction, making it one of the few protest records that came from Motown.

„Black Seeds“ is the third studio album by The Main Ingredient. Released in 1971 this is the last album to feature original lead singer Donald McPherson who had suddenly taken ill with leukaemia, and died unexpectedly not long before the album’s release. It was then dedicated to him. A Black empowerement theme with uplifting lyrics coinciding with what the Afro-American community was goin“ thru at the time.

Soul Scratch is a hard hitting groove machine, built in LA’s San Fernando Valley, on a mission to save the world from mediocrity. In short, this is not your mother’s soul band. The beauty „Pacified“ made it on the mix.

A debut album that never was, Rokk’s „I Want To Live High“ is that rare misshapen pearl clenched tightly between the shells of a music industry shucked long ago. Too soulful for its disco-era release date, the sextet’s 1976 Tollie-issued 45 “Patience” (as featured in Eccentric Soul: Omnibus) tracked well in Rokk’s hometown of Los Angeles, but was withdrawn before patience ran out with the spring rains of 1977. Tracked simultaneously was this entire shelved album full of Rokk’s mid-tempo grooves, flute-lead funk, sultry female backing vocals, slap bass, chorus-drenched guitars, and lyrics about getting baked and eating baked apple pie.

In the spring of 1969 Bobby Franklin’s Insanity went to Chicago met Curtis Mayfield and Eddie Thomas (his manager and partner), signed a contract with CURTOM Records, and Curtis Mayfield produced the single, „Bring It On Down To Me„. After its release, it was under promoted, under exploited, and had a very small amount of promotion. „Hit it and Quit it“ instead is today an alltime favourite.

After the assassination of Rev. Martin Luther King Jr. in 1968, Phil Flowers and his group were dispatched to sing in neighborhoods where riots had broken out to try and ease the tension. „Fire, Fire“ was released in 1973.

100 Proof (Aged in Soul) was an American funk/soul group, who were formed in Detroit, Michigan, in 1969. They were put together by former Motown songwriting team Holland–Dozier–Holland, signing the group to their new Hot Wax Records label. The group went on to release several hit singles between 1969 and 1972.
When Holland-Dozier-Holland left Motown in 1967 to establish their own Invictus/Hot Wax group of record labels, they teamed Johnson up with Eddie Custis, Danny Woods and Canadian born Harrison Kennedy as the new company’s flagship act, under the appropriate name Chairmen of the Board. Custis left the group after their second album.

This is the last mix of the Black Trilogie. This mix is about liberation, proud and resitence through soul and funk music. by Funkologie on Mixcloud