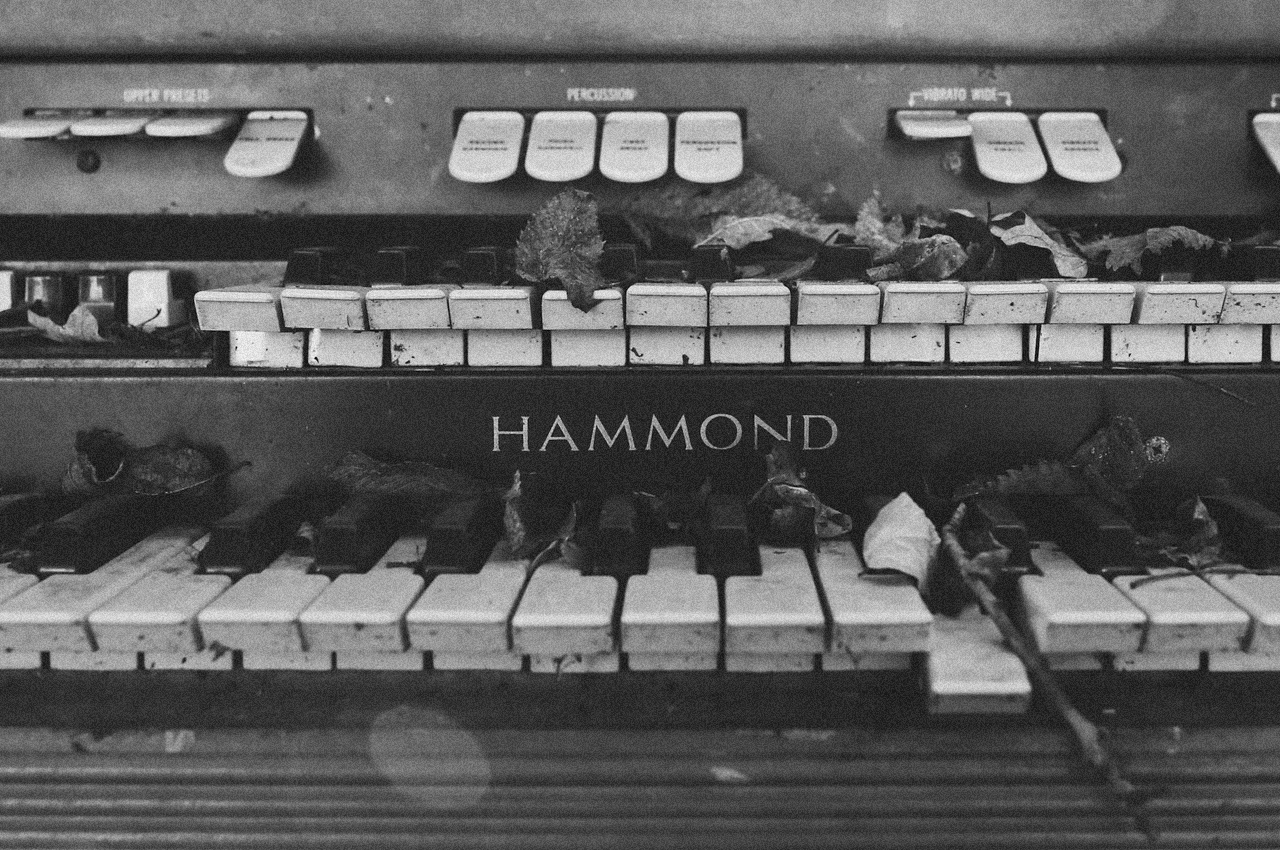 The pure Hammond show! One of the most important charateriscs in funk is probably the Hammond organ. This mix takes full charge of that. Jörg Rumpel had already this great idea! Here is our contribution.

Bollyfunk – Paolo „Apollo“ Negri
Paolo began his career in the early 90s. The Hammond organ is the instrument by which he is most closely associated, thanks to his aggressive and distinguished style with ties to the masters of the past and a true, original, personal view of the future. He’s the organ player and songwriter of The Link Quartet and Fred Leslie’s missing Link. We’ll it here later on… This track is from “The Great Anything” from 2019.

Street Sweeper – The Grease Traps
The Grease Traps are a solid 8-piece funk band based in Oakland, CA. They recently celebrated their 10-year anniversary 2012 and have released the 45 single “Street Sweeper” on the well-respected funk/soul label, Colemine Records.

The Hen, Pt. 1 – Louis Chachere
Chachere was a Kansas City based organist/producer, and originally recorded “The Hen” for the local MJC label, and it was then re-released by the Forte label, in Kansas City, MO. Chachere was also the producer of the sought after 45 “Remember Me” by the Trinikas.

Hash Cakes – Reverend Cleatus & The Soul Saviours
No frills, no fancy production methods, straight ahead in the pocket playing and arrangements – and looking back 10 or more years from today – that was certainly the message fully understood and endorsed by UK bands like The New Mastersounds, The Soul Destroyers, Speedometer and the collection of musicians who were briefly known as Reverend Cleatus & The Soul Saviours. Keyboards, guitar, bass, sax and drums set up in one room – with a four track, cassette tape machine sitting in the middle of the floor – with microphones pointed roughly in the direction of the musicians playing them – that was as about as complicated as things got!

Fat Cakes – Sven Hammond
Since its creation in 2006, main man Sven Figee and his band of brothers have played hundreds of shows, both in their home country the Netherlands and abroad. Starting recordings in 2019 the band went back to their roots as an instrumental, Hammond-driven outfit.

Breakout – Johnny Hammond
Smith became known as Johnny ‚Hammond‘ Smith in the mid-1950s as he emerged as an organ player, to avoid confusion with the guitarist John Smith, and the more famous organist Jimmy Smith. He dropped the Smith part of his name when he signed for the Kudu label in 1971. Smith played with Paul Williams and Chris Columbo before forming his own group. His bands featured singers Etta Jones, Byrdie Green, saxophonists Houston Person, Earl Edwards, guitarists Eddie McFadden, Floyd Smith, James Clark, vibist Freddie McCoy. His career took off as he was serving as accompanist to singer Nancy Wilson.

Eazy Rider – Eddie Roberts, The Fire Eaters
Welsh-born guitarist Ceredig ‚Eddie‘ Roberts has been playing and producing music for over 20 years and has worked with some of the biggest names in the funk & soul world as a producer, composer and musician, including members of The Meters, Headhunters, Lettuce, Soulive, The Motet, Galactic, MMW, Orgone; co-producing with Nightmares on Wax, Mr Scruff, Kenny Dope, Quantic, Keb Darge; and producing tracks for an endless list of classic bands from Greyhounds, Greyboy Allstars & Robert Walter, Matador!
On Hammond Taz Modi, a Leeds-based keyboardist. Ariya Astrobeat Arkestra

Rollergirl – Deep Street Soul
Formed in 2006 as a Hammond led instrumental four piece, they honed their sound and craft on the burgeoning Melbourne soul scene paying homage to their hero’s from the late 60’s, in particular the sounds of the Meters and Booker & the MG’s.

Dumpy Mama – Richard „Groove“ Holmes
American jazz organist. Influenced by sax players, like a lot of organ players. He teamed up with Jimmy McGriff for some organ battles. From “Six Million Dollar Man” (1975).

Tropic of Capricorn – Brian Auger, The Trinity
From the legendary dope album “Streetnoise” in 1969. A Milestone in Jazz-Rock.

Bodzarella – The Qualitons
Budapest based band. Catchy, energetic, psychedelic rock inspired by the sounds of mod-beat and funk music of the 60s and 70s. The Qualitons started out as an instrumental jazz-funk act to fill a niche, as there were no bands back then in this genre. As all the members graduated at the Department of Jazz at the Franz Liszt Music Academy, they soon started to write their own songs.

The pure Hammond show! by Funkologie on Mixcloud