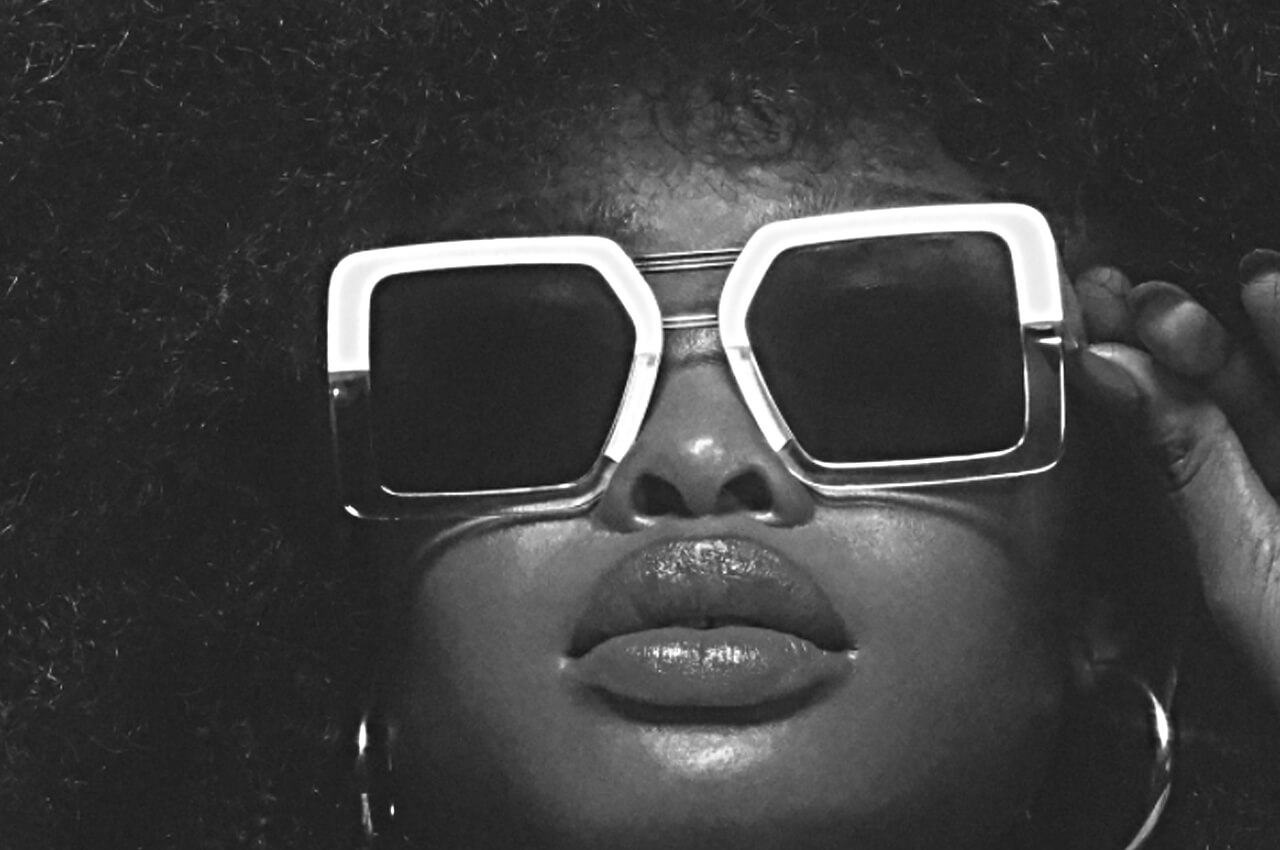 Let the Funk Flow – George Jackson
Quietly emotional country/soul singer and a prolific, highly skilled and respected songwriter. George Jackson wrote or co-wrote hits for Clarence Carter (the gold single “Too Weak to Fight”), Wilson Pickett (“A Man and a Half ”), Bob Seger (“Old Time Rock and Roll” or Z.Z. Hill “Down Home Blues”, among others. He also several recorded Southern soul-flavored singles. This title was written for James Brown in 1980.

Prisoner – Har Mar Superstar, Fabrizio Moretti
There is no Harold Martin Tillmann, no cousin or brother to Sean Tillmann, to help with his artistic output and press coverage. First was the art-school noise-pop trio Calvin Krime, which split up in the summer of 1998. Sean went his own way and created the introspective indie dreamboat Sean Na Na. After a few years, Sean created another stage persona named Har Mar Superstar. Named after a Minneapolis-area mall that was built in 1961 and fell into disrepair, Har Mar is the sexy-smooth R&B artist who has grabbed the most attention for Sean Tillmann.

Squeeze Me, Tease Me – The Undisputed Truth
It’s fair to say that the Undisputed Truth were little more than a mouthpiece for Norman Whitfield. He wrote most of their material (sometimes in association with Barrett Strong), and used their sessions as a laboratory to devise funk rhythms and psychedelic guitar effects. He was doing the same thing with the Temptations, and the Undisputed Truth’s records couldn’t help but suffer in comparison. As vocalists they weren’t in the same league as the Temps, and Whitfield was most likely reserving his real killer songs for the more famous group.

Let Your Light Shine – The Relatives
A group that fuses gospel, funk, and psychedelic soul, the Relatives were formed in 1970 by Dallas, Texas natives Reverend Gean West and Reverend Tommie West. While they released some singles that made some impact on a local level, they were known more for their performances and opened for the likes of the Staple Singers and the Five Blind Boys of Mississippi. Once the ’70s gave way to the ’80s, the group went inactive but resumed in the wake of Don’t Let Me Fall, a compilation released by Heavy Light in 2009. They signed to the Yep Roc label and recorded their first album, The Electric Word, with Spoon’s Jim Eno as producer and Zach Ernst, formerly of Black Joe Lewis, on guitar.

Sweet Lucy – The Propositions
A 9-member funk group from Detroit, Michigan, who only released 3 singles. The group was noted for the young age of the members, the oldest member was 17 year-old bandleader Clarence Bennett while guitarist Mark Justice was just 15. Luv N‘ Haight released a compilation of all of their recordings.

Whatcha Feel Is Whatcha Get – The Wallace Brothers
A guy named Wallace, no kin to the brothers, brought the six-piece band to Warnock’s attention in 1963. Promoted as a duet, the Wallace Brothers were actually a six-man band with cousins John Simon and Ervin Wallace on lead vocals. Other Wallaces, Cooky and Earnest, played in the band. Calling the outfit ragtag is being kind. Simon doubled on a saxophone that was in such bad shape that Warnock had to have it repaired. The drummer supported his drum kit with broomsticks. Ervin played the guitar, and Earnest the organ.

False Faces – Billy Paul
Jazz and soul singer, known for the 1972 number one hit “Me and Mrs. Jones”, who made some of Philadelphia International’s most adventurous albums. Billy Paul earned all his hits in the ’70s as an R&B vocalist, although he’d been recording since the ’50s, when he debuted on Jubilee. Born in Philadelphia in 1935, Paul was featured on radio broadcasts at the age of 11 and had an extensive jazz background. “False Faces” is from 1979.

Do Yourself A Favor – Stevie Wonder
One of the great „lost“ Stevie Wonder songs and records from his transitional 1970 period, “Do Yourself a Favor” is a grand, effective message song to the black youth of the time. A direct call to educate yourself („learn instead of burn“), the song’s message is easily as powerful as Curtis Mayfield’s anthems of the period. The track itself is stunning, based on a slightly Sly Stone-influenced backbeat, gospel/funk melody. Wonder’s work on clavinet and especially Hammond organ is extremely powerful, as is his self-recorded harmony vocals. It’s an uplifting slice of urban funk and drama, and although somewhat obscure, is definitely worth seeking out due to its power and the illustrative quality in Wonder’s musical progression.

Lady Marmalade – Mongo Santamaria
The Cuban percussionist and bandleader could energize packed arenas such as the Hollywood Bowl. A master conguero, Santamaria created an incantatory spell rooted in Cuban religious rituals, quietly seating himself before his congas and soloing with total command over rhythmic spaces while his band pumped out an endless vamp (a potent example on record is the hypnotic „Mazacote“ from Afro-Roots). He was hugely influential as a leader, running durable bands that combined the traditional charanga with jazz-oriented brass, wind, and piano solos, featuring such future notables as Chick Corea and Hubert Laws.

Shake and Vibrate – Sir Lattimore Brown
He recorded well over a dozen tracks during this period, in Nashville, in Memphis at Stax (where he cut several with Booker T. & the MG’s), and at Muscle Shoals, but none of his music had any national chart impact. Perhaps his most widely heard record from this period was the single “I Knew I’m Gonna Miss You”, which was cut with an uncredited Shelton sharing the vocals. Brown’s biggest hit came later in the 1960s, when he released the Otis Redding tribute single “Otis Is Gone”. “Shake and Vibrate” is from 1967.

Good Good Understanding – Matata
Kenyan band founded by Jeik Kalunga Loksa in Nairobi’s „Brilliant Club“ in 1963. They recorded two albums in London UK in the early 70s. The Air Fiesta Matata’s split came as the result of the band getting homesick and returning to Kenya. Matata’s “Independence” is from 1974.

Hippy Skippy Moon Strut – The Mighty Show-stoppers
The Mighty Show Stoppers swing by with their highly charged cover of Dave Cortez and the Moon People’s Hippy Skippy Moon Strut. Whilst being a dancefloor favourite at the more discerning clubs around the world, the track is perhaps better known as the sample source for Christine Aguilera’s Ain’t No Other Man smash of last year. Just check out those horns! Over on the flip, Esperanto serve up a heavy version of the Al Foster Band’s Night Of The Wolf – a rare 45 if ever there was! Toughening up the drums and arrangements, the band deliver a respectful update to this classic tune.

Do It to Me – Macondo
Discovered and produced by Sergio Mendes, Macondo was one of the more interesting, and frustrating groups to fuse Latin music, heavy rock, and funk in the wake of Santana’s huge early-’70s success. Though the band featured several able instrumentalists (particularly bassist Ron Chretin) and loads of raw energy, no one in the group was a particularly good vocalist and the unit’s songwriting was often amateurish. Consequently, none of the tracks here live up to the promise of their great introductions, grooves, and instrumental passages.

Stablishment – The Harvey Averne Barrio Band
Harvey Averne is an American record producer and the founder of CoCo Records, as well as its many subsidiaries. Established in 1972, CoCo was a label specializing in Afro-Cuban and Latin American Popular music, with special emphasis on the „New York Sound“, commonly referred to as „Salsa“. Averne’s gift for identifying and bringing together new and established musical talent. Over the next decade, he signed internationally known artists and was instrumental in bringing Latin American music into the American cultural mainstream.

Funky Bijou Anthem – Funky Bijou
Funky Bijou is the combination of two music freaks,Dj Marrrtin & Deheb, who got together and produced funky music on the french label Stereophonk.

Somebody Stole My Thunder – Georgie Fame
Georgie Fame’s swinging, surprisingly credible blend of jazz and American R&B earned him a substantial following in his native U.K., where he scored three number one singles during the ’60s. Fame played piano and organ in addition to singing, and was influenced by the likes of Mose Allison, Booker T. & the MG’s, and Louis Jordan.

Finders Keepers – Chairmen Of The Board
For what would be their final album, the Chairmen of the Board teamed up with producer Jeffrey Bowen to create an album that was radically different from all of their previous output. Instead of the Motown-styled harmony soul that earned the group their pop-chart success, Skin I’m In was built on a psychedelic funk-rock sound that was very close to the music George Clinton was exploring around the same time. A look at the album’s credits reveals why the album sounds like this: the backup band includes several members of Funkadelic and Parliament, including Bernie Worrell and Eddie Hazel.

Handa Wanda – The Wild Magnolias
Though more a ceremonial group than a performing or touring band, the New Orleans Mardi Gras „Indian Tribe“ the Wild Magnolias issued a critically acclaimed LP for Polydor in 1974. Bo Dollis, Monk Boudreaux, June Johnson, Jr., Crip Adams, Tobias Johnson, Bubba Scott, and James Smothers brought the rich, fervent flavor of New Orleans to vinyl, backed by Willie Tee’s band. The LP wasn’t a huge seller, but it attracted so much media interest the Magnolias appeared at Carnegie Hall that year, as well as the Capitol Center in Washington D.C.