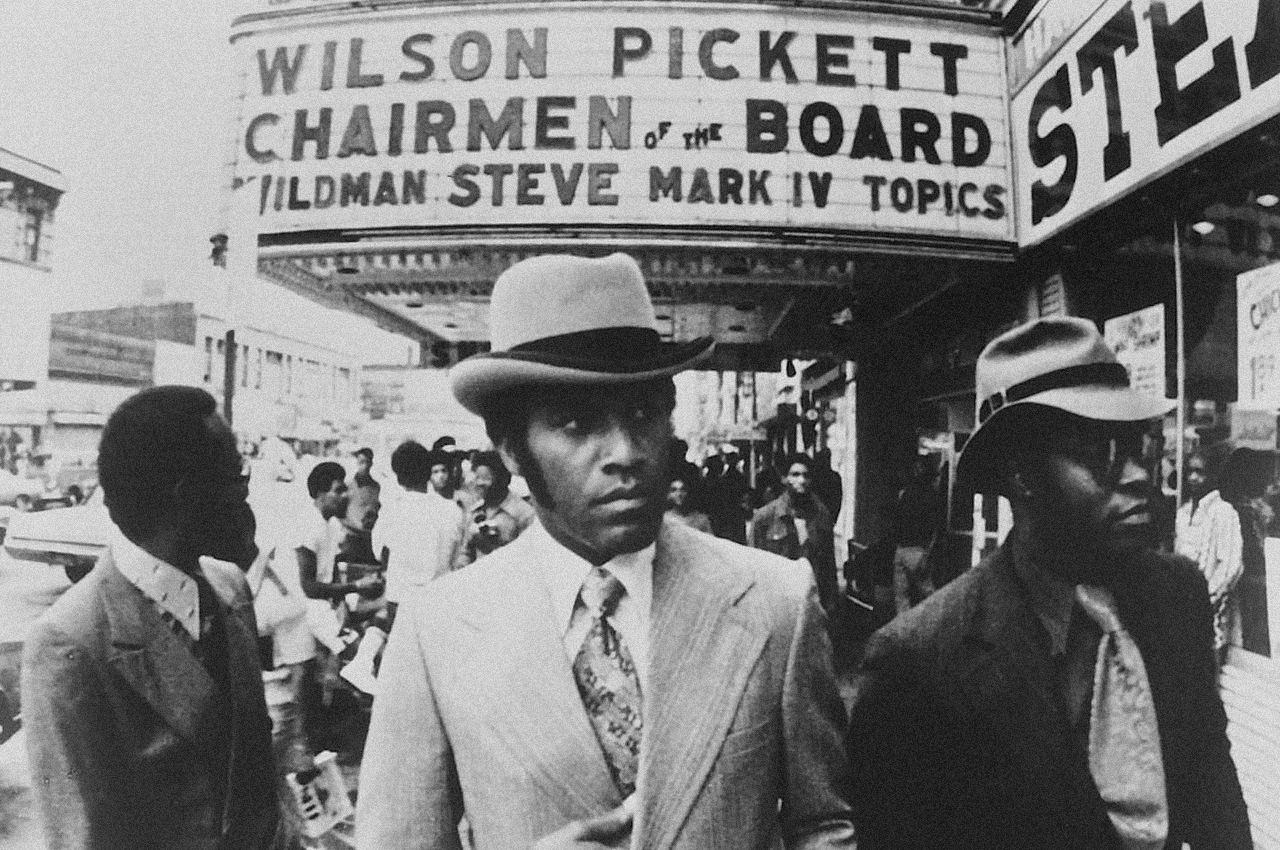 Get your feet off the ground and get on up! A funky celebration

Get Your Feet Off The Ground – Kool And Together
Kool & Together were an R&B act from Victoria, Texas who earned a cult following years after their breakup for their tough, soulful mix of funk grooves and rock guitar. Kool & Together were formed in 1970 by brothers Joe Sanders, Tyrone Sanders, and Charles Sanders, Jr., who were teenagers when their father, a gospel singer, suggested they put together a family band.

Gotta Move On (To My Destiny) – The Ovations
The Ovations were a superb Southern soul trio. The original group featured Louis Williams and made some great ballads that were sung so vividly and produced in such raw fashion that they never reached the wider soul market. This song was the B-Side of “Pure Natural Love” 1975.

Men Are Getting Scarce – Chairmen Of The Board
Chairmen of the Board were one of the smoothest and most popular soul acts to emerge from Detroit in the early ’70s. Although their time at the top of the R&B charts was brief — their first Top Ten arrived in 1970, their last in 1973 — they recorded a handful of ’70s soul classics, all distinguished by the high, trembling vocals of General Norman Johnson, who also wrote the bulk of the group’s material.

You Blew My Mind – Vernon Garrett
Also a B-Side of “We People In The Ghetto” from 1970.

Suga Mama – The Getup
True heavyweights in the Hammond Funk genre, The GetUp with dynamic vocalist Sasha Goodman, are fast establishing a reputation for irresistible grooves, infectious melodies and energetic performances that have been shaking dance floors since 2004.

Drop It In the Slot – Tower Of Power
The hottest horn section in funk history. The Tower of Power’s horn section has appeared on a number of other artists‘ recordings, including Otis Redding, Aaron Neville, Santana and more.

Bar Shift (feat. Bruce James) – The Eminent Stars
The Eminent Stars were founded by saxofonist Ben Mendes and drummer Toon Oomen. They both share the love for the great music emerging from cities like New Orleans in the 60’s and 70’s.

I Get a Groove – Thomas East
From the fat compilation “Dr. Boogie Presents Wasa Wasa”.

A Funky Situation – Wilson Pickett
One of the most popular black singers of the ’60s, Wilson Pickett helped introduce the aggressive style of rhythmic style of soul music. This
This is from the album with the same title from 1978.

Get on Up – Walter Washington
Based out of New Orleans, guitarist and singer Walter „Wolfman“ Washington has become one of the leading lights in the Louisiana blues scene, playing a fiery mixture of soul, funk, jazz, and blues. Washington first became a local hero backing up some of the Crescent City’s most celebrated blues and R&B acts before moving on to a successful solo career, playing the blues with rare fluency and power.

Funky Thing, Pt. 1 & 2 – The Unemployed, Wardell Quezerque
The thronging masses will claim not to have heard of this man, will not be able to pronounce his name, and will have heard his music countless times. Among New Orleans musicians, Wardell Quezergue was known as the „Creole Beethoven“, but the behind-the-scenes nature of his work means his name was invariably not the one out in front in big lights.

Play It for Me (One More Time) – Aquarian Dream
Aquarian Dream was an 1970s soul/funk band that, despite its association with Norman Connors, was unable to score a hit. The band was formed in 1976, when Connors brought it to Buddah and produced its debut album, Norman Connors Presents Aquarian Dream. That year, Dream’s lineup included lead singer Gloria Jones!

It Is What It Is – AJ & The Jiggawatts
AJ & The Jiggawatts came to play rough. In a world where mid tempo and middle of the road soul permeates the airwaves, this crew of G.E.D. Soul killers are drawing a line in the sand by making soul music that hits harder, faster and nastier than just about anyone in the game today.

Let Our Music Make Love To You – Pt. 1 – Ureaus
Taken from the killer compilation “Funky Tales”.

Get your feet off the ground and get on up! A funky celebration by Funkologie on Mixcloud