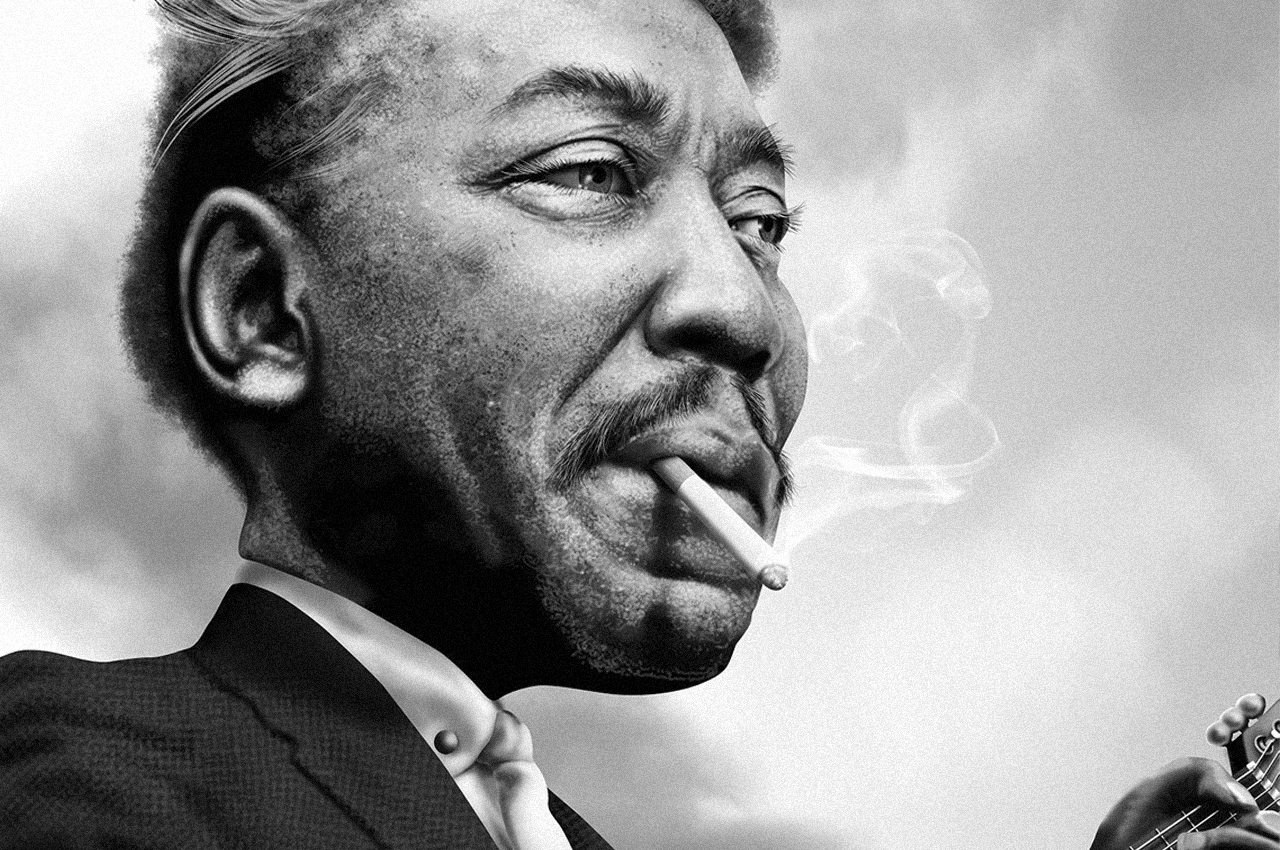 Back in the saddle for the tenth time. Time to say a big thank you to all the members of Funkologie.
Stay cool, stay funky and stay fresh!

In Movement… between Afro, Blues, Soul and Funk…

Game Of Love – Ike and Tina Turner
Released early in 1971, a few months after Come Together, their first album for Liberty Records, Workin‘ Together was the first genuine hit album Ike & Tina had in years and in many ways, they didn’t make a better album.

Jim Dandy – Margie Hendrix
Margie started her own solo career by signing a record deal with Mercury records. After 1970 she faded into obscurity and continued to use drugs and alcohol. She later died of a heroin overdose on July 14, 1973, but people have been theorizing over if her death was caused by the overdose, cancer, or a car accident. Some people also say she was living in poverty around the time of her death.

The World’s In A Bad Situation – Lim Taylor
The song was written by Joel Webster and Lim Taylor. Lim Taylor is the son of Mable John.

In the Forest – The Original Black Sheep (Of The Family)
Unfortunately, “In The Forest” wouldn’t make it out of the woods, at least not in its original form. Sparrow and Allen split after a disagreement over a record deal, and Sparrow took the song, completing it with a new band called The Ransom Record All Stars. He started his own record label Flock Rock Records to put it out the 45 four years later, but it never achieved the success it seemed destined for.

Cold Sweat – Mango Santamaria
A Mongo Santamaria concert was a mesmerizing spectacle for both eyes and ears, and even at an advanced age, the Cuban percussionist and bandleader could energize packed arenas such as the Hollywood Bowl. A master conguero, Santamaria created an incantatory spell rooted in Cuban religious rituals, quietly seating himself before his congas and soloing with total command over rhythmic spaces while his band pumped out an endless vamp.

Tala Tala – Carmen Ezumah
Carmen Ezumah with vintage afro goodness in the form of “Tala Tala”. A beauty to find also on the sampler “Mothers‘ Garden (The Funky Sounds Of Female Africa 1975 – 1984)”.

Bullwalk – The Comrades
Afro-funk band from Nigeria, started in 1970’s.

Shape Your Mind to Die – Leon Thomas
The late Leon Thomas was a vocalist who has proven to be influential among jazz and blues saxophonists, guitarists, and pianists, who’ve admitted their debt to his innovation. However, though there are many vocalists who have benefited from his style as well. One can only speculate as to why, though Thomas‘ full-throated style which employed everything from yodels to Joe Turner-ish growls and shouts may have been too wide for anyone to grasp in its entirety without overtly sounding as if they were aping him.

Soul Power – Sunny & The Sunliners
Sunny and the Sunliners was a Chicano group from San Antonio that specialized in Tejano songs. Tejano music became increasingly popular in Texas around 1965 to date.

Mannish Boy (Electric Mud Album)- Muddy Waters
“Mannish Boy” is a blues standard first recorded by Muddy Waters in 1955. It is a arrangement of (and an „answer song“ to) Bo Diddley’s „I’m a Man“ (which in turn was inspired by Waters‘ and Willie Dixon’s „Hoochie Coochie Man“). Mannish Boy features a repeating stop-time figure on one chord through out the song and is credited to Waters, Mel London and Bo Diddley. This particular version is from the 1968 album “Electric mud“.

Chump Change – Albert King
Like his peers B.B. King and Freddie King – both unrelated, Albert King is one of the most influential blues guitarists of the 1950s and 1960s. A recording artist since the late 1940s, he enjoyed his biggest commercial successes while signed to the Stax label from 1966 until 1974.

Love Like This – Human Egg
A disco funk goodie by French studio wizz Jean-Pierre Massiera, the man behind cult classics such as Venus Gang’s “Love to Fly” and Herman Rocket’s “Space Woman”. “The Human Egg” album was recorded in 1978 at the Antibes Studio in France, featuring purely french musicians.

Once You Get Started – Rufus & Chaka Khan

The Witch Doctor – Over Night Low
Previously known as the Ohio Majestics. This beauty is from 1972.

Saman Doye – The Black Brothers
Taken from “Those Shocking Shaking Days. Indonesian Hard, Psychedelic, Progressive Rock And Funk: 1970 – 1978”. The progressive music scenes in 1970s Indonesia were largely underground as a result of strict censorship imposed by the dictator Suharto. Those who performed music marked by relentless fuzz, over the top, politically charged lyrics, strong rhythms and a cranky low-fidelity were truly rebellious. And the resulting output has been largely outside of the confines of this island nation unheard or ignored. Indonesia, based in large part on the restrictions imposed by Suharto, is better known for the coffee it exports than the music it creates. This situation hasn’t been remedied by the rough-hewn Indonesian bootlegs that dotted the psychedelic landscape over the past five years. Thanks now to the tireless and expensive research of Canadian hip hop producer and Southeast Asian music specialist Jason Moss Connoy – and the trust that Indonesian rock legend Benny Soebardja placed in Now-Again Records as he traversed his homeland’s islands securing the rights necessary for us to offer you this anthology – we feel like we can, in good spirits and conscience, shine the light on some of the most impressive organizations to offer their take on the psychedelic and progressive rock and funk sounds during the early shocking, shaking days of Suharto’s regime.

Plenty Action – Soft Touch
Taken from “These Are The Breaks” sampler.

Save the Children – Gil Scott-Heron
Gil at it’s best. “Pieces of a Man” is the first studio album by Gil Scott-Heron. It was recorded in April 1971 at RCA Studios in New York City. The album followed Scott-Heron’s debut live album Small Talk at 125th and Lenox (1970) and departed from that album’s spoken word performance, instead featuring compositions in a more conventional popular song structure.

Back in the saddle for the tenth time. by Funkologie on Mixcloud