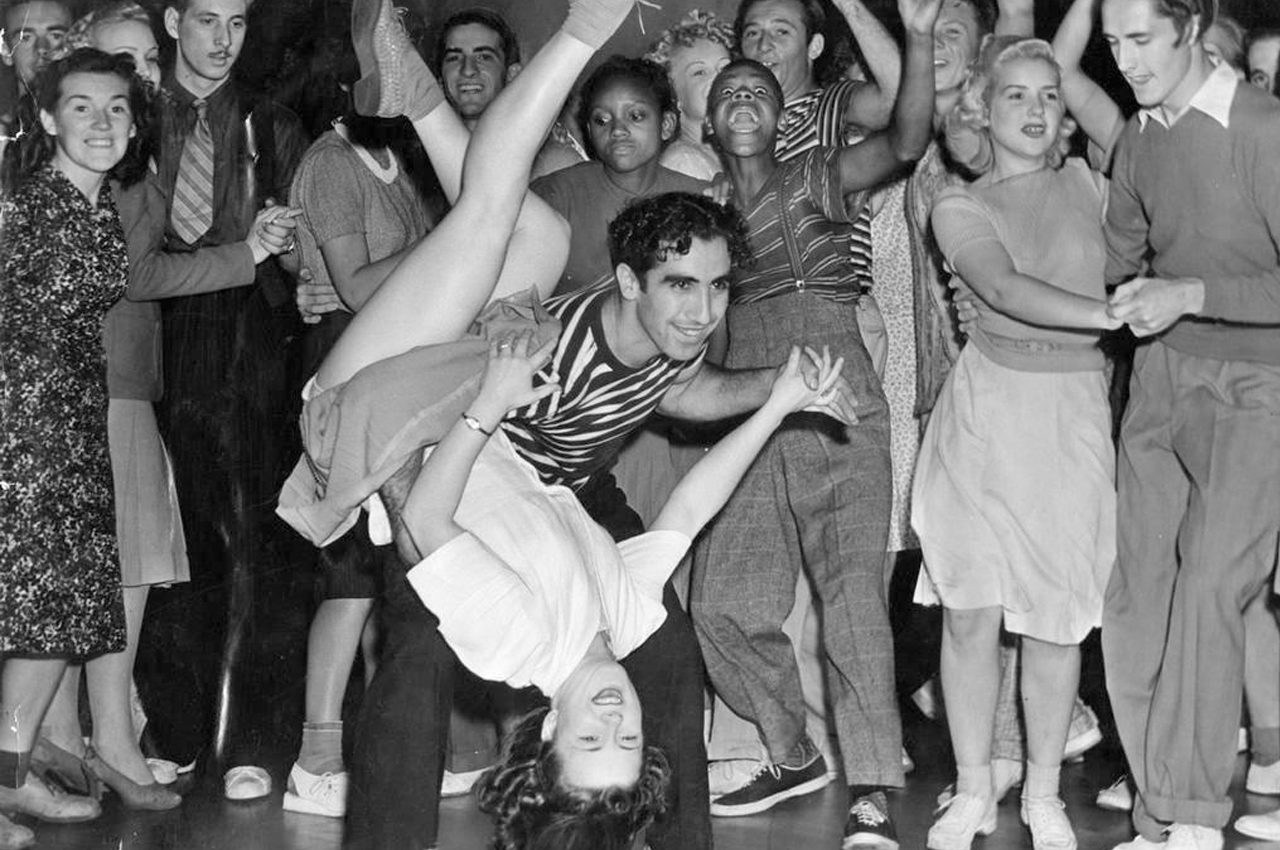 Thunder on the Mountain – Wanda Jackson
Wanda LaVonne Jackson recorded and released music in the genres of rock, country and gospel. She was among the first women to have a career in rock and roll, recording a series of 1950s singles that helped give her the nickname „The Queen of Rockabilly“. She is also counted among the first female stars In the genre of country music. Jack White recorded several songs, including Bob Dylan’s “Thunder on the Mountain” in 2010.

Puddentane – Lula Reed
A singer who recorded in the 1950s and 1960s. She had two R&B hits in 1952 as vocalist with pianist and bandleader Sonny Thompson, and later recorded with guitarist Freddy King. An awsome 45’er from 1961.

You’re Driving Me Crazy – Dorothy Berry
After a stint as one of Ray Charles‚ back up singers in The Raelettes, during the early 1960’s she recorded solo for the west coast based Little Star, the Challenge label, as well as Charles‘ Tangerine imprint. She got her last name by becoming the wife of Richard Berry, the author and original recording artist behind the hit 60’s party fave Louie Louie. Here an other hit from 1962.

Put It On – Count Rockin‘ Sidney with the Dukes
Sidney Simien known professionally as Rockin‘ Sidney, was an American R&B, zydeco, and soul musician who began recording in the late 1950s and continued performing until his death. In 1965, he and his band The Dukes signed with Eddie Shuler’s Louisiana-based Goldband Records. He took to wearing a turban and was known as „Count Rockin‘ Sidney“. During this period he cut well over a dozen R&B, soul, and blues singles such as this record.

Thread the Needle – Al White & The Hi-Liters
Al White & The Hi-Liters were a New Orleans band which formed in 1958. Henry Hines crossed their path sometime in the early to mid 1960s & they were the band which kick-started his involvement in Music. They worked on package tours backing Sam Cooke, Irma Thomas, Jimmy Reed & Chuck Berry among others as well as falling under the guidance of Cosimo Matassa where they picked up studio work.

Dock Of The Bay – Peggy Lee
American jazz and popular music singer, songwriter, composer and actress. A beautiful cover from “A Natural Woman” in 1969.

Summertime – Billy Stewart
Billy Stewart delivered by far the most unusual version of the song from George Gershwin. With his radical scat version recorded in 1965 for the album “Billy Stewart Teaches Old Standards New Tricks”. He was accompanied by the session band at Chess Records at the time, consisting of Pete Cosey (guitar), Louis Satterfield (electric bass), Sonny Thompson (piano) and drummer Maurice White (later to become famous with Earth, Wind and Fire).

The Last Of The Secret Agents – Nancy Sinatra
An American singer and actress. She is the daughter of singer/actor Frank Sinatra and remains best known for her 1966 signature hit “These Boots Are Made for Walkin’”.

Luckiest Man – King Khan, The Shrines
From the first record ”Idle No More” from 2013. King Khan, Aquarius and founder of the greatest cult phenomenon since the parting of the Milky Way, assembles the 8-piece band called The Shrines. Together they begin spreading their hypersexual gospel around the world, stunning Krauts and becoming notorious for being one of the most entertaining groups since the days of Ike & Tina :-)

Le responsable – Jacques Dutronc
Jacques’s great passion in life was music and he would spend every single moment of his free time practising guitar riffs with his friends in the Trinité area of Paris. Rock’n’roll was beginning to drift over the Atlantic in the early 60’s and Jacques Dutronc soon found himself caught up in the Yéyé craze (as the French dubbed their own version of rock’n’roll). An explosive opener from the self titled album from 1969.

Kill My Baby – Nick Curran and the Lowlifes
Rock’n’roll, Blues band based in Austin, Texas, USA. The leader, Nick Curran toured with this band until he died! Nick Curran was singer and guitarist. He has been likened to T-Bone Walker, Little Richard, The Sonics, Doug Sahm, Misfits and The Ramones.

Parchment Farm – Billy Lee Riley
Billy Lee Riley was an American 1950’s Rockabilly singer, best known for his recordings for Sun Records of Memphis. From “In Action!!!” in 1966.

Papa-Oom-Mow-Mow – The Rivingtons
The band were a 1960s doo-wop group, known for their 1962 hit novelty record “Papa-Oom-Mow-Mow”. The members were lead vocalist Carl White, tenor Al Frazier, baritone Sonny Harris and bass singer Turner „Rocky“ Wilson, Jr.. Frazier was replaced by Madero White for a period in the late 1970s. Like many such songs, it began with the bass chanting nonsense syllables (in this case the title), followed by the tenor singing over repetitions of it.

Le train pour Memphis – Jenny Rock
Canadian (Québec) singer. She made her professional debut in 1959 with Jean Grimaldi’s troupe and was named Discovery of the Year in 1965. In the spring of 1965, she was the only francophone artist to participate in the first part of The Rolling Stones at the Maurice-Richard Arena.

The Work Song – Tommy Hunt
US Soul singer from Pittsburgh. He was a member of The Flamingos until 1960 when he started his solo career in New York. He had a string of releases throughout the 60s and was a regular at the famous Apollo. He came to the UK in the early 70s and played at the 2nd Anniversary of the Wigan Casino. This led to his connection with Russ Winstanly & Mike Walker and his rise as a Northern Soul star.

I’m Ready – Fats Domino
Credits that either are the real surname alone (or misspellings thereof) or include the real forename (or its initial) belong to the real name profile Antoine Domino. Another King of Rock’n’Roll.

Everybody Needs Somebody to Love – Solomon Burke
Everybody knows the cover from the movie ”The Blues Brothers”. Burke’s most famous recordings, which spanned five years in the early 1960s, bridged the gap between mainstream R&B and grittier R&B. Burke was „a singer whose smooth, powerful articulation and mingling of sacred and profane themes helped define soul music in the early 1960s.“

Yeh, Yeh – Georgie Fame, The Blue Flames
Georgie Fame and the Blue Flames were a British rhythm and blues group during the 1960s whose repertoire spanned jazz, soul, ska and calypso. They were originally the backing band for rock and roll singer Billy Fury. At the end of 1961, their piano player Georgie Fame took over as lead vocalist and they went on to enjoy great success without Fury. The group found other influences in ska, which could be heard in Jamaican cafes in and around Ladbroke Grove, England, and frequented by the group’s Jamaican born trumpeter Eddie Thornton. During the group’s three-year residency at The Flamingo Club, Fame heard the latest jazz and blues from America, and it was Booker T. & the M.G.’s recording “Green Onions” which inspired him to take up playing Hammond organ with the band.

Thirty Six – Twenty Two – Thirty Six – Herbie Goins & The Nightimers
American singer, author, bandleader. Son of a gospel singer, he crossed the ocean for the US military service. Frontman in 1963 of the Blues Incorporated by Alexis Korner. In 1965 left the ‚Father of the British Blues‘ to join another band where cames also a virtuoso guitarist: John McLaughlin. Herbie Goins & The Nightimers quickly became one of the hottest R&B bands in UK, which in late Sixties moves to Italy performing for many years with great success until 1971.

A time travel trough good old rock’n’roll, spiced up with newer stuff. by Funkologie on Mixcloud

« Sound Of Silence   Naked in the rain »