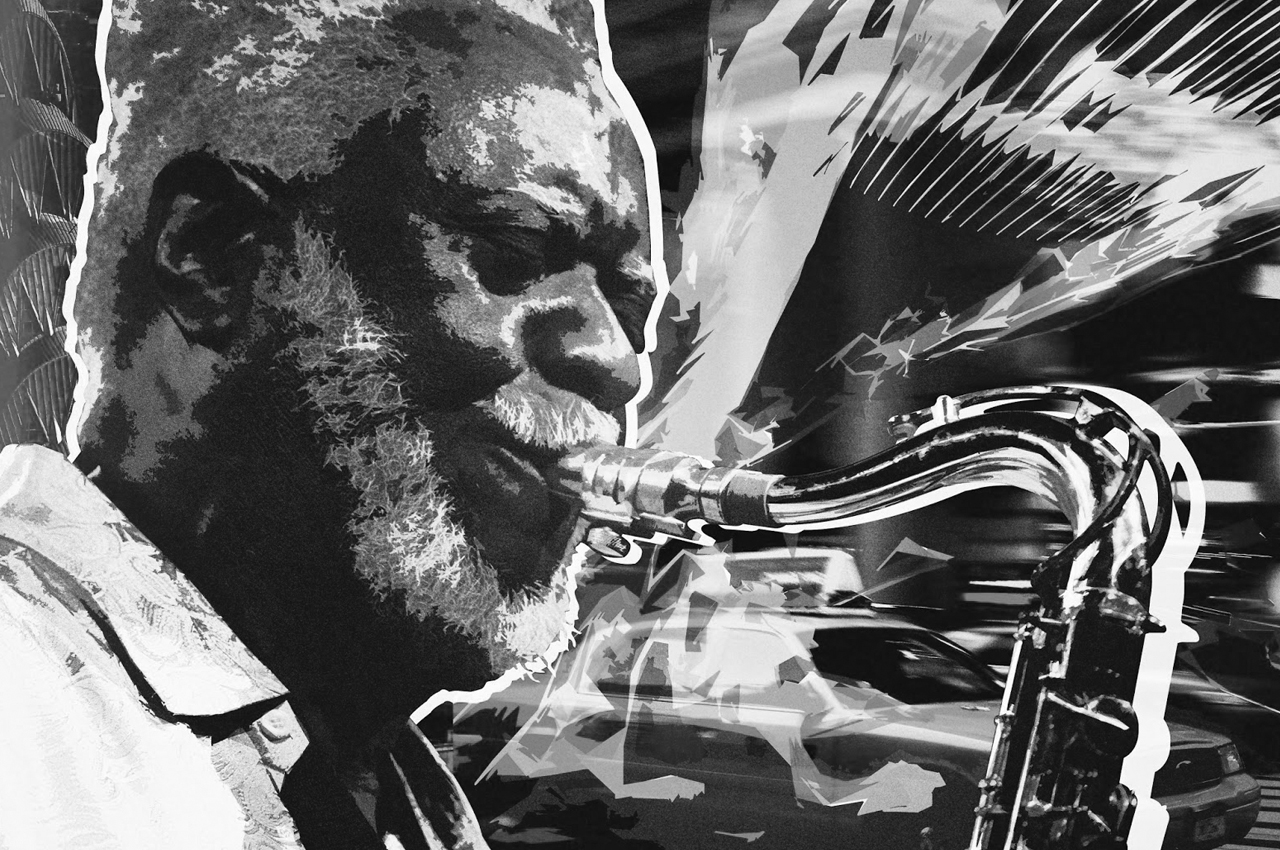 A world music tour between different continents and colors of sound.
But all deeply rooted in african legacy.

Cógela Como Arde – Telmary
Telmary’s music is indicative of Cuba Contemporary Fusion in that it not only fuses Afro-Cuban and Latin beats, but also modernizes it with hints of funk, jazz, hip-hop, and urban slam poetry. In 2007 she released her first solo album A Diario to rave reviews, culminating to her winning a Cubadisco Award for Best Hip Hop Album.
From “Fuerza Arará” (2018).

Canette – Pat Kalla, Le Super Mojo
Musical divining rods were once again in a frenzy, this time insistently marking Africa.
Letting his instrument guide him towards the one he sensed would be the next signature of his label Pura Vida Sounds, the beatmaker-producer found himself face to face with an old acquaintance. With Pat Kalla aka the voice of the Voilaaa Sound System.

Full Up – Manu Dibango
“Gone Clear”, is the quintessence of reggae and groove, as only Manu Dibango can conceive them. After a stay in Nigeria and a great tour with the Ivorian Radio-Television Orchestra, the Cameroonian saxophonist landed for the first time in Kingston, Jamaica, in 1976.

Mahlalela – Letta Mbulu, Hugh Masekela
Letta was an artist working with South African jazz legend Hugh Masekela. Masekela, who passed away in 2018, is often cited as the father of South African jazz and was a renowned composer and multi-instrumentalist, though he was best known as a trumpeter. In the 1960s, he created Chisa Records while in America to promote and release South African musical acts. One of those acts was Letta Mbulu. Letta Mbulu is a South African singer whose voice you’ve heard even if you’ve never heard her name; she most famously provided the Swahili vocals on Michael Jackson’s “Liberian Girl.” She fled Apartheid South Africa in the 1960s and ended up working with legends like David Axelrod and Quincy Jones.

Bons Momentos – Serginho Meriti
Sérginho Meriti was one of many young artists caught up in the excitement of the movement. Born Sérgio Roberto Serafim and raised in the north Rio suburb. Snapped up by Polydor at the turn of the 80s, “Bons Mementos” was his first work as a solo artist. It’s the work of a young musician brimming with musical ideas and creating a new take the Black Rio sound.

Filhos de Gandhi – Edson Conceição, Mike Burns
For the fifth release of Selva Discos, the label returns with another volume of the Brasingles series. It’s another tried-and-tested dancefloor burner: Edson Conceição’s “Filhos de Gandhi”, a homage to the „Carnaval da Bahia“, on its beatless original version and the drumtastic Mike Burns edit on the flip, featured on Selvagem’s Boiler Room set. This song is originally featured on Edson’s album “Quem Tem Fé Não Sai” from 1977, which has been a very sought-after LP for the past 4 years, and its almost spoken-word nature tells the legend about the Filhos de Gandhy carnival group, one of the most traditional of Salvador (the capital of Bahia state), while an entrancing Afoxé vocal chant takes over the chorus.

Manu écoute ça… – Voilaaa
Voilaaa did not sleep around during lockdown with a brand new three tracks EP paying tribute to Manu Dibango, one of Voilaaa’s main inspirations. “Manu Écoute Ça…” is an assumed tribute to the great Soul Makossa who changed modern music for ever, featuring Boris Pokora on Tenor Saxophone. As the lyrics mention it, the Lion Manu is dead but he left behind him a legacy of musicians forever inspired by his work.

Dale Melón – Contento
Four and a half minutes of what they label “salsapunk”, in this case a delicious blend of cumbia and Nuyorican boogaloo that transports you back to the golden days of Discos Fuentes. As if Pete Rodriguez came to Medellín and found he liked it like that.

JazzTón – Harold López-Nussa, Randy Malcom
“JazzTón” is melding jazz with the controversial reggaeton genre, often dismissed by “serious” musicians in Cuba. Along with Harold López-Nussa, Randy Malcom of the immensely popular Gente de Zona brings an authentic spirit, while the core quartet is bolstered by trombone, percussion and additional keyboards that really bring the party to life.

Alegria – Elia y Elizabeth
Takne from the first compilation of recordings by Elia and Elizabeth, a duo of two sisters who in a brief but dazzling career during 1972 and 1973 achieved great success in their native Colombia. Taken from their two LPs, these 16 tracks now see the light of day after many years as lost gems.

Filhos De Zambi – Trio Ternura
Jussara, Jurema and Robson started their careers in the 1960s, including participating in the programme Jovem Guarda on TV Record. The three of them came from a musical family. Their father was the composer Umberto Silva. In 1970, they accompanied singer Tony Tornado in the 5th International Song Festival of Rede Globo. The song BR-3, performed on that occasion, won first place.

A world music tour between different continents and colors of sound. by Funkologie on Mixcloud