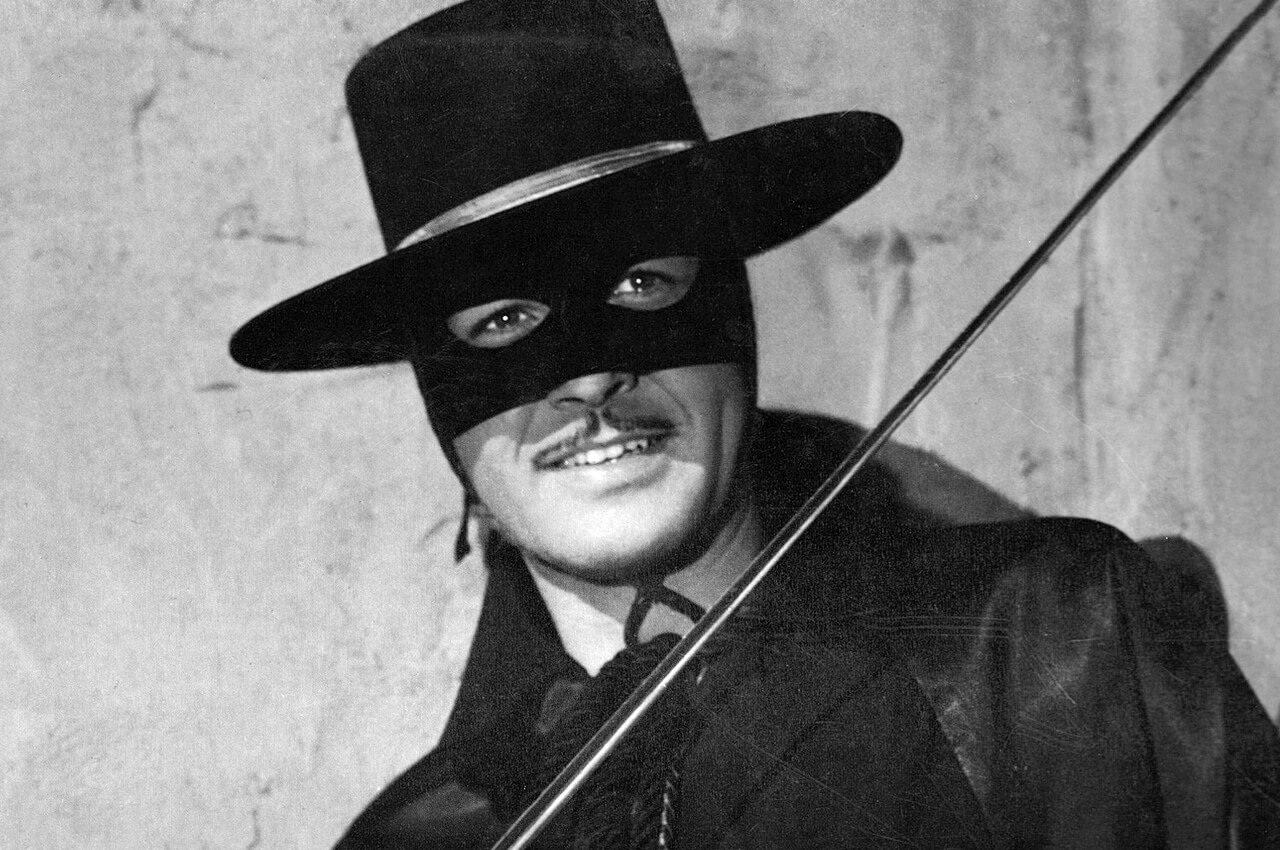 A journey beside of black music. The years of Yé-yé, Hippies and one hit wonders mixed in a row. Mother’s music and stuff I heard on radio when I was a kid.

France had a large market for the consumption of French-language songs at the time. Unlike other European nations such as West Germany, the French were more willing to support artists from their own country, singing in their native tongue. In Italy was also a huge rock’n’roll invasion. In front Adriano Celentano or Gianni Morandi.

Other countries such as Spain and Brasil had other problems.
Under Franco and the brazilian military dictatorship which lasted until March 15, 1985, under successive military governments. The artists in worst case, went into exile, such as Gilberto Gil and so on.

Tintarella di luna – Mina
Mina, is an Italian singer. She was a staple of television variety shows and a dominant figure in Italian pop music from the 1960s to the mid-1970s, known for her three-octave vocal range, the agility of her soprano voice and her image as an emancipated woman. In performance, Mina combined several modern styles with traditional Italian melodies and swing music, which made her the most versatile pop singer in Italian music. “Tintarella di luna” is the first album, issued in 1960.

O Que Será (A Flor Da Terra) – Chico Buarque, Milton Nascimento
“O Que Será?” is a song composed in 1976 by the Brazilian singer and composer Chico Buarque, made for the film „Dona Flor e Seus Dois Maridos“, based on the book of the same name by Jorge Amado. The song has three versions, which mark different passages of the plots.

A Hazy Shade of Winter – Simon & Garfunkel
Released on October 22, 1966, initially as a stand-alone single, but subsequently included on the duo’s fourth studio album, “Bookends” (1968).

Eu Bebo Sim – Elizeth Cardoso
Elizeth, A Divina, was one of the greatest divas of Brazilian song and one of the most talented performers of all times, revered by the public and critics.

Les Cactus – Jacques Dutronc
“Les Cactus” is the third single by French singer-songwriter Jacques Dutronc, released in 1967. It is the last from his self-titled debut album.
The song was referenced by French Prime Minister Georges Pompidou in the Assemblée Nationale to indicate his feelings towards his former Finance Minister, Valéry Giscard d’Estaing, who was a harsh critic of his successor Michel Debré: „As Jacques Dutronc says, there is a cactus here“. The comment made front-page news.

Il Filo Di Arianna – Adriano Celentano
It is clearly derived from the single Jeannie, Jeannie, Jeannie published in 1958 by American rockabilly singer Eddie Cochran, with original music by George Motola and lyrics by his wife June Page. “Adriano rock” is Adriano Celentano’s fourth studio album released on 33 rpm by the Celentano Clan, a record label owned by the artist, in 1968.

Zorro est arrivé – Henri Salvador
Henri Salvador, who was born in Cayenne (French Guiana) on 18 July 1917 to Guadeloupian parents and died in Paris on 13 February, was a French singer and comedian. A composer and guitarist, he played in French jazz orchestras in his early days. His long career (which began in the 1930s) took on a new dimension when he began a singing career in 1948. “Zorro Est Arrivé” is from 1964.

My Boy Lollipop – Millie Small
Millicent Dolly May Small was a Jamaican singer and songwriter, best known for her 1964 recording of “My Boy Lollipop”, which reached number two in both the UK Singles Chart and the US Billboard Hot 100. On her UK records, she was usually credited mononymously as Millie. She was the Caribbean’s first international recording star, and its most successful female performer.

Tu Vuo Fà L’Americano – Renato Carosone
“Tu vuò fà l’americano” is a Neapolitan language song by Italian singer Renato Carosone. Carosone wrote the song in collaboration with Nicola „Nisa“ Salerno in 1956. Combining swing and jazz, it became one of his best-known songs. Commissioned by Ricordi director Rapetti for a radio contest, the music was composed by Carosone in a very short time after reading Nisa’s lyrics; he immediately believed the song would become a great success.

Hush – Billy Joe Royal
Written by American composer and musician Joe South, for recording artist Billy Joe Royal. In the US, the song was later covered by Deep Purple in 1968 and In the UK, Kula Shaker covered it in 1996. Each artist had a Top 5 hit with their versions.

Good Lovin‘ – The Young Rascals
The song was first recorded by Lemme B. Good in March 1965 and written by Rudy Clark. The following month it was recorded with different lyrics by R&B artists The Olympics. The tale has been told that Rascal Felix Cavaliere heard The Olympics‘ recording on a New York City radio station and the group added it to their concert repertoire, using the same lyrics and virtually the same arrangement as The Olympics‘ version.

Get on Your Knees – Canarios
Spanish progressive-rock band from the 60s-70s, first known as The Canaries, led by Teddy Bautista since 1964. Their more pop oriented songs had a big success, as “Get on your knees”.

Eu Não Vou Mais – Ed Lincoln
Ed Lincoln, born Eduardo Lincoln Barbosa de Sabóia, was known for a wide variety of styles. As a bassist, he was present at the earliest moments of bossa nova and as a Hammond organ player, he was foundational in establishing the sound of Brazilian jazz and space age pop.

Sono bugiarda – Caterina Caselli
In 1965 she debuted in the Sanremo Festival with “Nessuno mi può giudicare”, a song refused by Adriano Celentano, scoring a notable success.

Le téléfon – Nino Ferrer
As a young man excellent draftsman and painter in Dali’s style, but became very famous for his music. In the 50’s he played double bass and banjo on the side of little French myth Richard Bennett and Bill Coleman. Then he tried his hand as a singer with a warm and roca voice – in the style of the great Afro-American singers – making him famous all over the world, especially in France and Italy.

Il gatto e la volpe – Edoardo Bennato
Edoardo Bennato began his music career in the early Sixties (the first single was published on 1966) as one of the most creative and innovative songwriters of his time. His music distinguished itself for being an imaginative blend of blues, rock and roll, folk influences and even hints of opera.

Never Marry A Railroad Man – Shocking Blue
Shocking Blue was a Dutch rock band formed in The Hague in 1967. The band had a number of psychedelic rock hits throughout the counterculture movements era during the 1960s and early 1970s.

El Ritmo del Silencio – Los Mustang
Los Mustang from Barcelona formed in the 1960s originally made up of Santiago „Santi“ Carulla (vocals), Marco Rossi (solo guitar), Antonio „Toni“ Mercadé (acoustic guitar and vocals), Miguel Navarro (bass and vocals) and Antonio „Tony“ Mier (drums). They are best known for their Spanish language covers of songs from the 1960s and the 1970s.

L’été indien – Joe Dassin
This song is the biggest hit of his career. He sold more than 800,000 copies in France and almost two million copies worldwide. The song was released in twenty-five countries and was later translated into several languages.
This song is still my earphone reference. Try it out?!

The years of Yé-yé, Hippies and one hit wonders mixed in a row. by Funkologie on Mixcloud