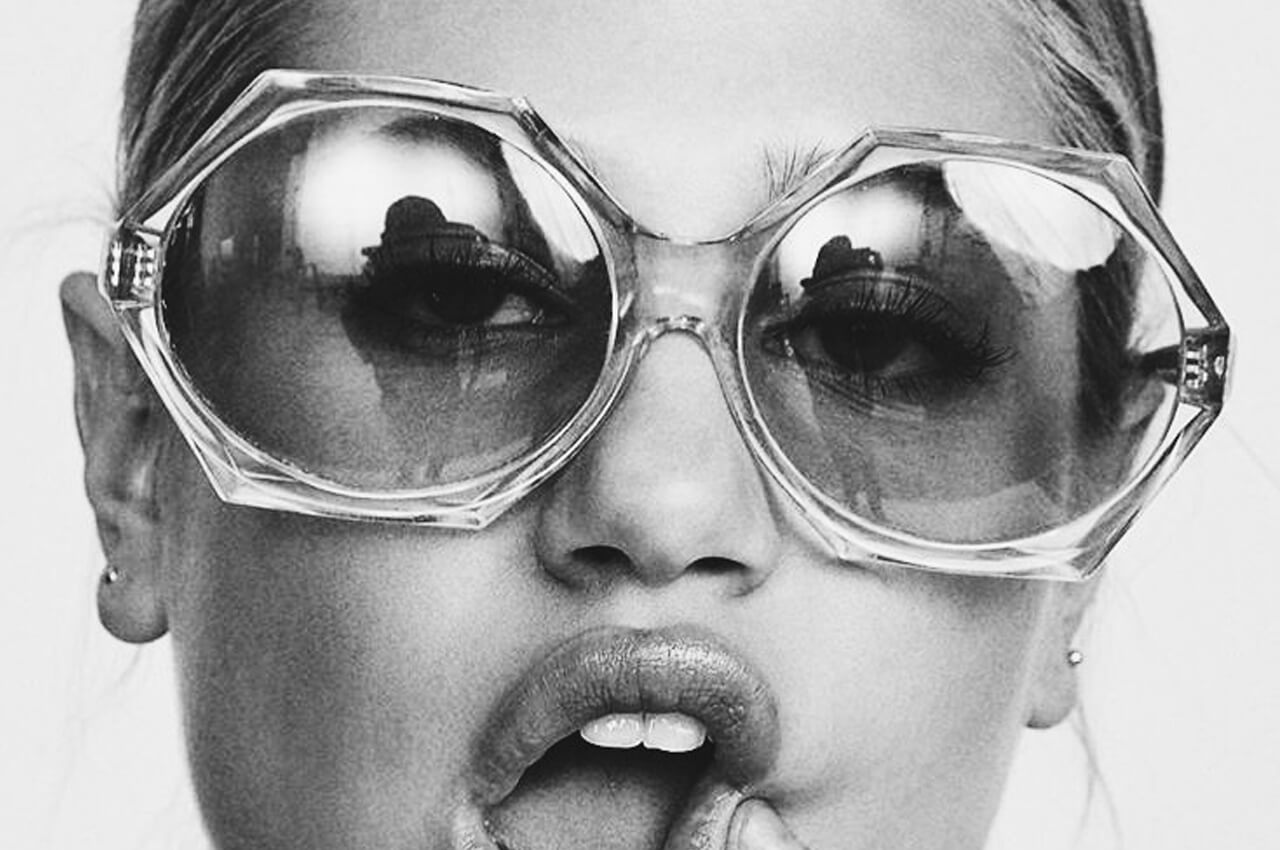 Making love to the funky music. Ella is groovy and she’s my queen of funk. 1% Soul and 99% Funk.

We start with the pioneers of the retro-modernist funk movement, Munich’s Poets of Rhythm, recorded their classic debut album in 1993. The sound that these German boys made could easily come from the Southside of Chicago in the late 60’s, or Memphis in the height of the Stax era. Daptone Records released 2013 the “Anthology 1992-2003” is the first jewel of the mix starts.

“White Lightnin‘ ” was produced Felix Pappalardi in 1975. On it was “Joke’s On You” featuring Busta Cherry Jones on Bass, Vocals. Donald Kinsey on Guitars, Vocals and Woody Kinsey on Drums.
“Cloud Nine” is the ninth studio album by American musical group The Temptations for the Gordy (Motown) label released in 1969. Norman Whitfield had the Temptations recording “Cloud Nine”, which featured all five members (Otis Williams, the newly drafted Dennis Edwards, and founding members Eddie Kendricks, Paul Williams, and Melvin Franklin) trading lead vocals over a Family Stone-like instrumental track.

The Barons Ltd. were from New Orleans. “Making It Better” with an amazing groove became their initial single, which came out right behind Floyd’s “Groove Me” on Chimneyville, Malaco’s fledgling in-house label in 1971. In Colorado, front-men “Freddie Love” Gowdy and “Henchi” Graves earned over three decades a reputation as an indefatigable, Boulder-based musical party act popular on the state’s college circuit. “Big Mama Jackson” is a beauty on a compilation “Crown Princes Of Funk: The Last Set” released in 2010.

“Machine Gun” is the debut studio album by Commodores, released on July 1974, on Motown Records. Unlike subsequent Commodores albums, this record has only funk music and is devoid of slow-paced ballads. The second single to be released, “I Feel Sanctified”, reached number 12 on the R&B charts. The song has Ronald LaPread on bass guitar, while Lionel Richie and William King contributed horn arrangements.

Soul-blues singer Ted Taylor unleashed his stratospheric, falsetto-driven voice on a wide variety of material during the 1950s, ’60s, and ’70s, his gospel heritage never far from the surface. 1971 “It’s A Funky Situation” was the first track on the Album “Taylor Made”.
Reuben Bell released the funky gem “Make Love to Funky Music” 1977. Unfortunately little is known about the artist and his Band “The Casanovas”.

An Apple a day, will keep the doctor away but it will also satisfy your hunger for some funky music! The members of the group have been in projects such as Fred Leslie’s Missing Link. The funky cover of Audioslave’s “Cochise” made it on the mix.
If there is any band in the improvisational music scene that can capture the super charged energy and charisma of their lives shows in the studio, it would have to be Karl Denson’s Tiny Universe. From Denson’s early days as a member of Lenny Kravitz’s band, to his work with The Greyboy Allstars, as the saxophonist for Slightly Stoopid and now making Tiny Universe significant amongst many of the neo-soul bands of today.

“Spirit of the Boogie” is the highly successful sixth studio album released in 1975 by Kool & the Gang. “Spirit of the Boogie” features Donal Boyce, who was rapping on “Jungle Boogie”. Some African influence can be felt, and the band even play in a West-Indian style on „Caribbean Festival”, another instrumental track, with once more lots of room for improvisation.
“Love at First Sight” by John Timmons and Funkshun is on a Movement compilation from Tramp Records, one of Germany’s tiniest but funkiest record labels.

The next hit of Pieces of Peace in the summer of 1969 helped pull the label Cali-Tex Records back from the brink of insignificance. Syl Johnson already had a fairly solid production team, complete with a wood shedding operation at 2132 S. Michigan, but the addition of Pieces Of Peace as his backing band took Twinight to a new level creatively. The line-up consits Michael Davis and Jerry Wilson on horns, John Bishop on guitar, Bernard Reed on bass, and Hal “Heavy” Nesbitt on drums. “Flunky for Your Love” was on “Pieces Of Peace” and was released just on 2007.

Cross Bronx Expressway originally was a house band for J&S Records owned by Zelma Sanders. Zelma, a black and female record producer, was known to call at the last minute to gather her band for a recording session. Rumor has it, the band had extra studio time and put down their tracks in only a couple of takes.

Bandleader and radio DJ Chet Ivey released over 30 singles and was a star of the Maryland airwaves but has hardly left a trace in the ether. The compilation “The Sylvia Funk Recordings 1971-1975” of his 1970s funk and soul recordings shines some light on his career.
“Bad Luck“ of Hank Carbo is a slower paced funk stinker, screaming out JB horns and some hot wah wah guitars In keeping with the depth of New Orleans songwriting, the lyrics are worth a listen and reveal a heartfelt plea “If it weren’t for bad luck, I wouldn’t have no luck at all”. In fact, the whole song is based on a spell of unfortunate circumstances involving Hank’s sideswiped new car and an erroneous warrant for his arrest.

Maxayn took its name from the lead singer Maxayn Lewis. Maxayn comprised Andre Lewis (synthesizer), Marlo Henderson (guitar) and Emry Thomas (drums). Andre and Marlo had previously been in the Buddy Miles Express. Maxayn Lewis grew up in Tulsa, Oklahoma and began her career as an Ikette in The Ike & Tina Turner Revue. “Trying, For Days” is from 1972.

Chocolate Milk was a New Orleans funk and soul ensemble who enjoyed moderate success in the mid-’70s, Chocolate Milk recorded for RCA from 1975 to 1983. “My Mind Is Hazy” is on the historic Album “Action Speaks Louder Than Words” from 1975.
Leroy Hutson was a roommate of Donny Hathaway and co-wrote the 1970 hit “The Ghetto”. In 1971 he replaced Curtis Mayfield as The Impressions’ lead singer. He left The Impressions in 1973 for a solo career but still stayed with the Curtom label until December 1979. “The Man!” from 1974 has the beautiful soul “Ella Weez” on it.

The Memphis Horns were an American horn section, made famous by their many appearances on Stax Records. Originally a sextet, the Memphis Horns gradually slimmed down to a duo, Wayne Jackson and Andrew Love on tenor saxophone. They appeared on nearly every recording for Stax that included a horn section — with Isaac Hayes, Otis Redding, Rufus Thomas, Sam and Dave and others — as well as on other releases, including The Doobie Brothers‚ What Were Once Vices Are Now Habits and U2’s Rattle and Hum, as well as a few solo records.

The Incredible Bongo Band, also known as Michael Viner’s Incredible Bongo Band, was a project started in 1972 by Michael Viner, a record artist manager and executive at MGM Records. Viner was called on to supplement the soundtrack to the B-film “The Thing With Two Heads”. The band’s output consisted of upbeat, funky, instrumental music. Many tracks were covers of popular songs of the day characterized by the prominence of bongo drums, conga drums, rock drums and brass. The tune “Bongolia” finishes the groovy “Ella Weez” mix.

Making love to the funky music. Ella is groovy and she’s my queen of funk. 99% Funk 1% Soul. by Funkologie on Mixcloud