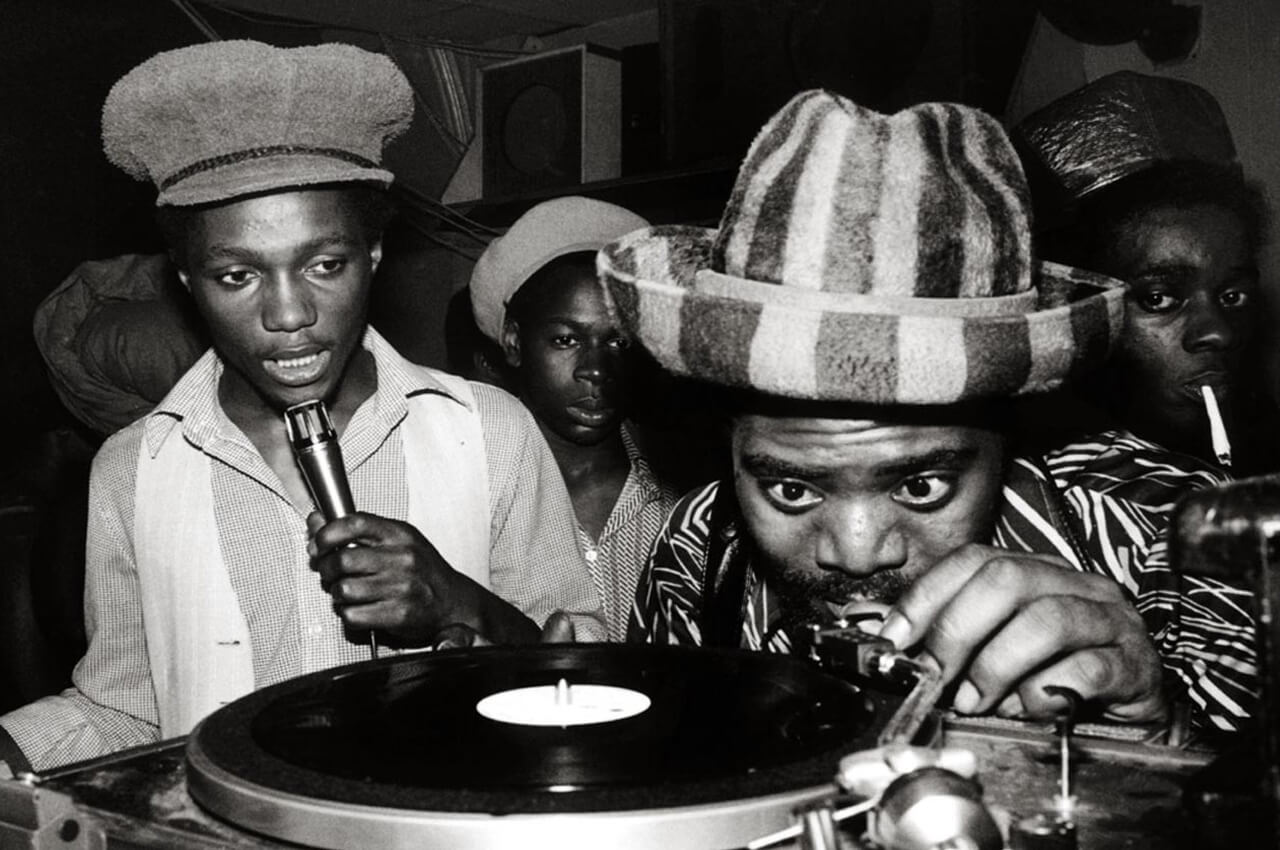 We made this mix to honour the recent death of Toots Hibbert in September 2020. A 1968 single by Toots and the Maytals “Do the Reggay” was the first popular song to use the word “reggae”, effectively naming the genre and introducing it to a global audience.

The Jamaican rhythm of ska had already generated hits in the United States, notably Millie Small’s 1964 hit, “My Boy Lollipop”. But the song “The Israelites” by Desmond Dekker with its Biblical imagery of suffering and redemption, showed the world reggae’s combination of danceable rhythm and serious, sometimes spiritual intentions.

Desmond Dekker, Toots and the Maytals, Jimmy Cliff and Bob Marley were among others the spearhead of Jamaican Music . Here a selection of old school soul infused Reggae from old and young Bands from today. The first time I came in contact with Reggae was with Jimmy Cliff’s “Vietnam” from 1969.

Funky Fire – The Aggrolites
The Aggrolites are an amalgamation of two previous Los Angeles reggae and ska bands, the Vessels and the Rhythm Doctors. They formed in 2002 as a live backing band for reggae icon Derrick Morgan, and were asked to record music for a new Morgan album. The project was never released, but the recording sessions inspired the Aggrolites to become a permanent band. They have served as the backing band for Phyllis Dillon, Scotty, Joseph Hill of Culture, Prince Buster and Tim Armstrong. A great Live Act!

Suzy’s Got It Wrong – The Dropsteppers
The band formed in 2010 are comprised of Albert Perez on guitar, Doug Otto on organ and vocals, Tom McDowall on vocals and guitar, Christopher Allen Gray on drums and vocals, Paul Perez on percussion and vocals, Eric Struve on bass. They have expertly blended each individually perfect section of this band into an amazing sound blending of the traditional flavors of reggae, rocksteady, and soul with a modern feel.

Mr. Stranger – The Soul Chance
Debut LP from California Reggae / Soul group The Soul Chance. With prior singles on Funk Night and Colemine Records, this is the groups first album showcasing the their love of Reggae and bringing back the classic sound that we all love.

One Step Beyond – Prince Buster
Cecil Bustamente Campbell, known professionally as Prince Buster, was a Jamaican singer-songwriter and producer. The records he released in the 1960s influenced and shaped the course of Jamaican contemporary music and created a legacy of work that would be drawn upon later by reggae and ska artists.

Feel Like Jumping – Marcia Griffiths
Between 1974 and 1981, she was a member of the I Threes, a trio of backing singers, which supported Bob Marley & the Wailers. She continued to record as a solo artist throughout the 1970’s.

Chicken Merry – The Pyramids
Symarip (also known at various stages of their career as The Bees, The Pyramids, Seven Letters and Zubaba) were a British ska and reggae band, originating in the late 1960s, when Frank Pitter and Michael Thomas founded the band as The Bees. The band’s name was originally spelled Simaryp, which is an approximate reversal of the word pyramids. Consisting of members of West Indian descent, Simaryp is widely marked as one of the first skinhead reggae bands, being one of the first to target skinheads as an audience.

Rudy, A Message To You – Dandy Livingstone
A British-Jamaican reggae musician and producer, best known for his 1972 hit, “Suzanne Beware of the Devil” and “Rudy, A Message to You”, which was later a hit for The Specials.

Hey Brother (Do Unto Others) – The Frightnrs
The Frightnrs were formed in 2010 in the borough of Queens – far beyond the gilded wealth of Manhattan and the pretentious hipsterdom of Brooklyn. The four piece ensemble took the cooled out vintage vibes of Jamaican rock steady, combined it with the raw energy and vocal stylings of 80s Rub A Dub and added a touch of punk rock.

The Tide Is High – The Paragons
The Paragons were a ska and rocksteady vocal group from Kingston, Jamaica, initially active in the 1960s. Their most famous track was “The Tide Is High” written by band member John Holt.

Rivers of Babylon – The Melodians
The Melodians are a rocksteady band formed in the Greenwich Town area of Kingston, Jamaica, in 1963, by Tony Brevett, Brent Dowe and Trevor McNaughton. Renford Cogle assisted with writing and arranging material.

The Russians Are Coming – Val Bennett
In the early to mid-1960s, Bennett was a regular member of Prince Buster’s band, playing on many of the singer’s best-known recordings, including „Al Capone“. Bennett was also a regular studio session musician, appearing on many releases from artists including Theophilus Beckford, Pat Kelly, Barrington Levy and Delroy Wilson. Bennett’s session work included saxophone, horn and trombone. In the late 1960s, Bennett joined Bunny Lee.

Long Shot Kick De Bucket – The Pioneers
The Pioneers is one of the commercially most successful and musically most interesting Jamaican vocal trios of early reggae, the time of origin and early phase of reggae music.

Turn Back the Hands of Time – Winston Francis
Winston Francis aka King Cool is a Jamaican singer whose career began in the 1960s.

Louie, Louie – Toots & The Maytals
Toots and the Maytals, originally called The Maytals, were a Jamaican musical group, one of the best known ska and rocksteady vocal groups. The Maytals were formed in the early 1960s and were key figures in popularizing reggae music. Frontman Toots Hibbert is considered a Reggae pioneer.

Fu Man Chu – Desmond Dekker, The Aces
Often cited as the first superstar of reggae. He made his international breakthrough with “007 (Shanty Town)” in 1967.

Chase The Devil – Max Romeo, The Upsetters
1968 saw the breakthrough in Romeo’s career, when he wrote “Wet Dream”, a song that became a massive hit in Jamaica. The track was banned by the BBC Radio in the UK due to its overtly sexual lyrics, although the singer claimed that it was about a leaking roof…

Vietnam – Jimmy Cliff
James Chambers known professionally as Jimmy Cliff, is a Jamaican ska and reggae musician, multi-instrumentalist, singer, and actor. Along with Bunny Wailer he is one of only two living musicians to hold the Order of Merit, the highest honour that can be granted by the Jamaican government for achievements in the arts and sciences.

We have chosen this mixture to honour the recent death of Toots Hibbert in September 2020. by Funkologie on Mixcloud